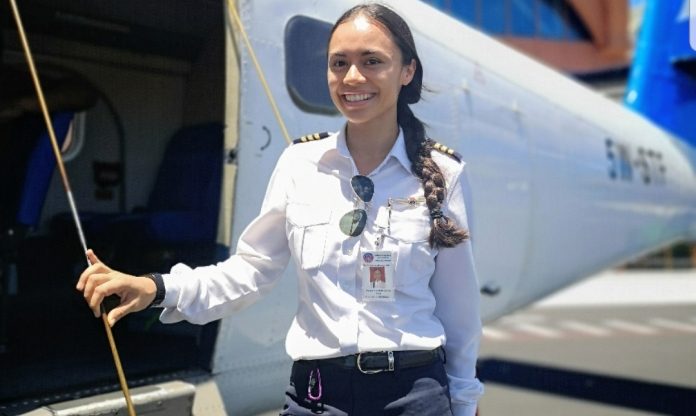 The first time Samoa Airways pilot, Fanaafi Sooaemalelagi flew an airplane almost seven years ago, she describes the sensation as a little more than your average case of ‘butterflies in the stomach.’

“I remember thinking; these aren’t butterflies – these are more like dragons!” said Faanafi.

“The turbulence was a little scary and it felt like my stomach was in my chest – but it was fun.”

With just over 5% of airline pilots worldwide being female, Fanaafi is “flying” the path less travelled as the only female pilot at Samoa Airways, working in a traditionally male dominant industry.

“I love the thrill of it.” She says. “Every day is different; meeting new people, facing different scenarios and challenges – it’s never boring. Aviation is more than just flying the plane. There’s so much involved which I discovered while working for a private airline during school holidays and I used to do check ins, baggage handling and refilling the airplane.” 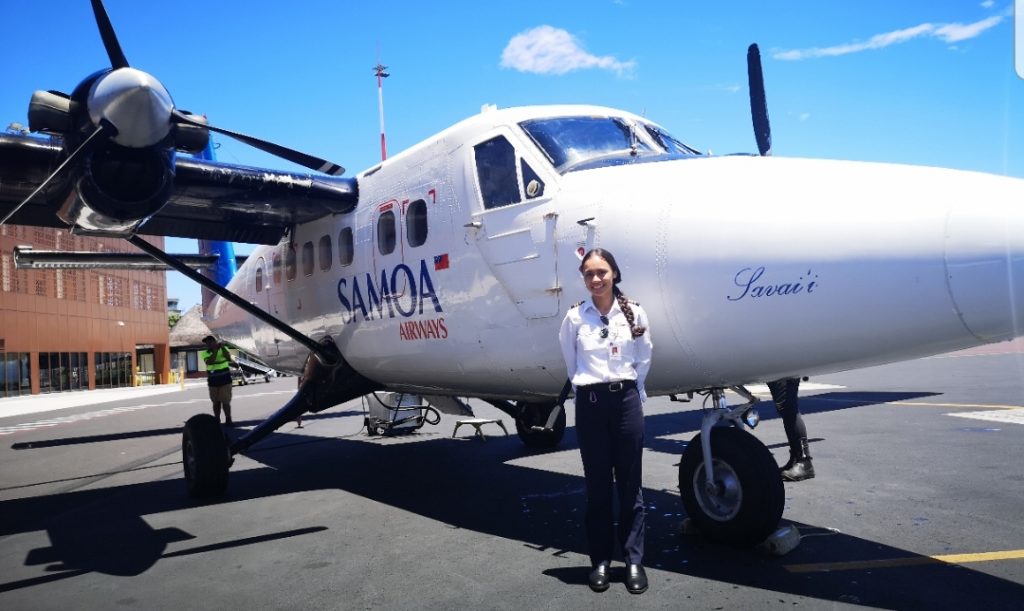 The 24 year old First Officer has been with Samoa Airways since 2016 and is responsible for the flight sector between Pago Pago and Manu’a Islands.

Fanaafi says she hasn’t come across any major gender discrimination in her work environment but with a petite frame and standing at just 5’4, she draws mixed responses from some passengers – some are supportive while others are a little nervous.

“ I get the impression some people look at me and worry the plane is being operated by a teenager because I look small”, she laughs. 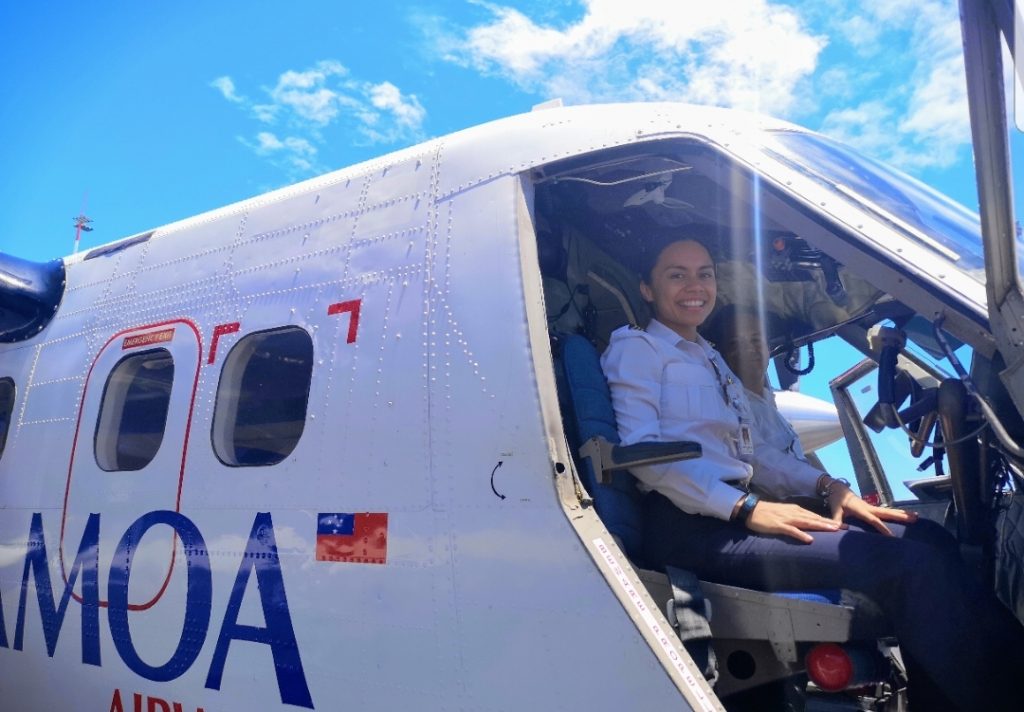 “ I once had a passenger who looked at me in disbelief and asked my captain if I was really going to fly the plane to Pago.”

At the time, her captain replied that indeed she was because she was responsible for that sector.

“I’m surrounded by a good crew and captain who are supportive of me and have full confidence in my skills and experience as a pilot;

“I love flying and delivering passengers safely to their destinations especially during rough weather – it’s always nice when they come up to you afterwards and say thank you.”

Fanaafi began training at Bruce Hartwig Flying School, Australia in 2014. There she earned her private licence and first cut her teeth flying from Brisbane to Apia with Island Hopping on a Cessna 337 before going on to acquire her commercial licence at 19 years old.

Fanaafi’s dream is to become a Captain on a jet plane and today she continues to strive towards that goal, accumulating flying hours while enjoying one of a kind office views, high up in the sky – a place she where she feels at peace and once found refuge after losing her beloved grandmother who was also her biggest cheerleader.

“The last conversation I had with my grandma was when I told her I had scored an interview with Polynesian Airlines in 2016 but sadly she passed away the day before I went in for my interview.”

“My grandmothers name is Nuanua which is Samoan for ‘rainbow’ so it’s always uplifting every time I fly and, whenever I see a rainbow – I smile because it feels like it was meant just for me and that gives me so much peace and joy.”

In acknowledgment of this year’s International Womens’ Month, this audacious Samoan Pilot wants to encourage other girls and women especially in Samoa to pursue aviation and ignore limitations others may put on them.

“There’s an old saying in our culture “ E au le inailau a Tamaitai” which means the Samoan woman/tamaitai achieves excellence. Don’t let anybody tell you that you’re weak, or too small, or you’re a girl – Girls fly!”