09 August 2019, Melbourne Australia. A visit to Melbourne by Samoa Airways Chairman Tuia Logoiai Pu’a Leota, turned out to be more than just a presentation about the airline’s future plans.

The meeting, hosted by Samoan council group VICSAC on Monday night was a first in Melbourne for a representative of the Samoa national carrier.

Not only did the meeting bring the wider Melbourne Samoan community together, but it became an emotional reunion for a community that had been previously divided.

However that all changed when news that the Chairman of Samoa Airways was visiting Melbourne, and an invitation was extended to all.

As Chairman Tuia spoke informatively to a packed house on Monday night, and he says that there was a feeling of mutual support and warmth from everyone in the room.

“It’s clear that Samoans are stronger when we all work together. It was all about inclusion,” said Pulotu Canada as the two respective Samoan councils came together and talked things through.

“Tonight was about coming together as a community to support our national airline and support Samoa,” he added.

“We are so grateful that Samoa Airways accepted our invite to Melbourne and the Chairman has answered a lot of our questions thoroughly,” he said.

“We thank our other leaders in Melbourne for coming tonight. It is a great pleasure to see ‘brothers bond together’ – uso ae nonofo faatasi”.

Questions from the community were based around fare pricing, check-in luggage, tackling school holiday peak seasons and whether or not Samoa Airways will open up office in Melbourne.

But plans of a Melbourne to Samoa route via Tonga caused much excitement – a route which Tuia hopes will be introduced by November.

“Restrictions in airline policies, timezone issues and legal compliances means there cannot be a direct Melbourne to Samoa route hence a stopover in Tonga,” said the Samoa Airways Chair.

“But the atmosphere in the room was one of positivity and optimism,” he added.

Local Pastor, Bishop Tofilau Semu of Latter-Day-Saints Church showed his usual community support and found the presentation to be very beneficial to the Melbourne community.

“I am so used to reading everything in the media but it was nice to hear it straight from the source.” 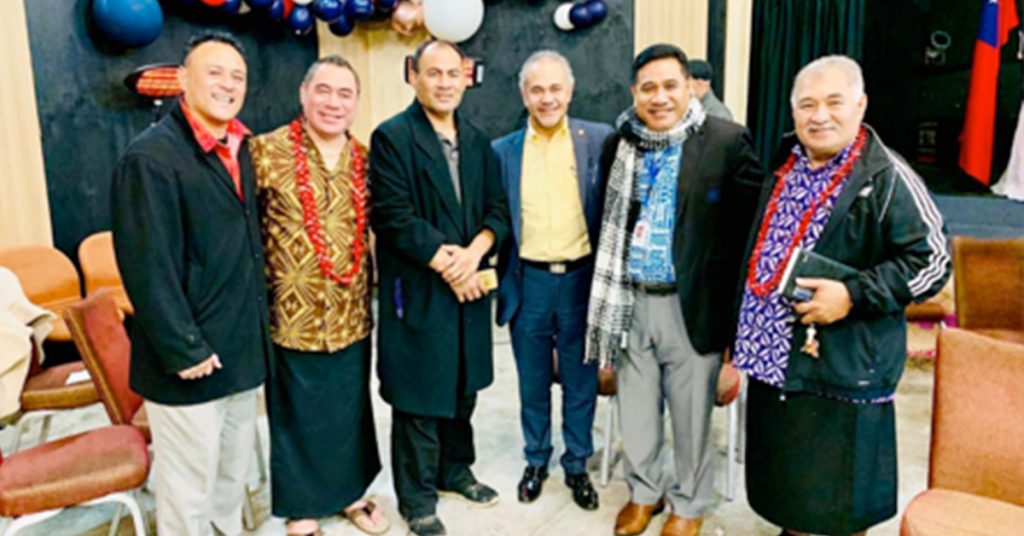