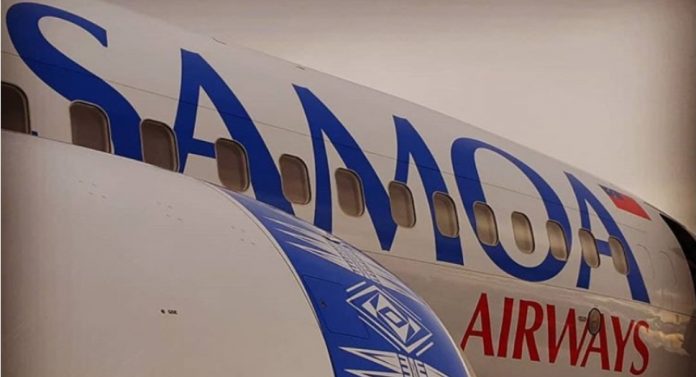 Samoa Airways has issued a clarification in relation to a media report that implied staff were receiving half price tickets on the national carrier.

The airline has sent out a press statement to clarify that staff discounts only apply to the short route to American Samoa.

“The 50% staff travel benefit is on our Pago route only, and has been in place since 2005;

“This does not apply to any other international destinations the airline operates to”, Tupuivao clarifies.

As is the standard industry practice, Samoa Airways staff discounts to Pago work on a stand-by basis.

Says Tupuivao, “Our staff pay their discounted fares for seats to Pago and fly only when there are seats available on the day of the flight;

“What needs to be understood is, this is standard industry practice, around the globe”.

The CEO of Samoa’s national career further explains that airlines operate flights with empty seats and the stand-by staff discount option is a practical way to earn revenue off an empty seat.

“Otherwise the seat remains as a cost”, said Tupuivao.

“It is quite disappointing that the Samoa Observer tends to place headlines that lack a clear understanding of how the airline industry works”.

The CEO says he had received an email from the Samoa Observer on Saturday afternoon, expecting an immediate reply for a story to be published the following day.

“It is not the first time that this has happened”.

The article Tupuivao refers to was based on the Chief Auditor’s Report to Parliament on the Airline’s Financial Performance from three years ago.

“The audit report had mentioned other matters pertaining to the airline’s systems and processes, which have already been addressed as part of the airline’s housekeeping standards”.

In view of the current economic  impacts of COVID-19 to the airline industry, Tupuivao says Samoa Airways has had to adopt a cautionary approach and overhaul some of its systems.

“All areas of the business have been reviewed and streamlined over the past few months. This includes how we can do things better with less the cost,” said Tupuivao.

The airline has been making staff and salary reductions since March this year.

“Close to 90% of our staff are on leave without pay and those that are working have been placed on 50% salary reduction since March this year”.

With its minimum staff the airline continues to ensure operations in American Samoa and its upcoming Savai’i services are not hindered.

“With the limited team the airline continues to work tirelessly on getting the airline ready for market when borders open up;

“These are not easy times; for us and everyone else affected by this unfortunate situation, but with our faith and belief in God, we will come out of this a lot stronger,” said Tupuivao.