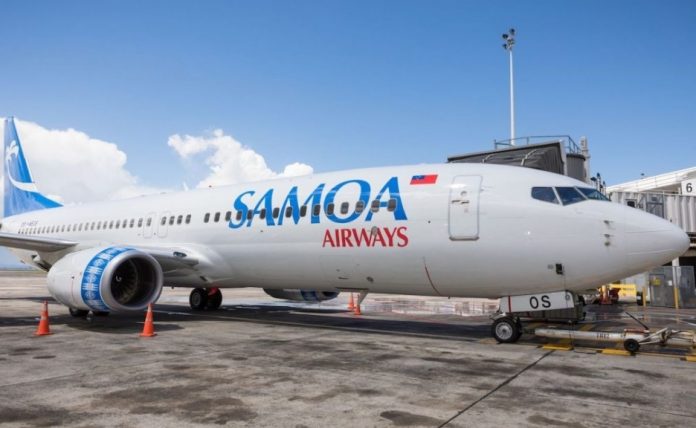 In response to misleading information, Samoa Airways clarifies the process it is taking to re-route customers affected by flight cancellations and its efforts to secure the replacement Boeing 737-800NG aircraft.

The Airline confirms that it has been able to contact the majority of affected customers and process alternative flight arrangements.

Our teams in Samoa, New Zealand and Australia have been communicating with customers, whose contact details were provided when their reservations were made, to personally advise them about the situation and provide alternative flight options. Subject to customers’ agreement, our teams have processed customers’ selected flight options at cost to Samoa Airways and re-routed them accordingly. In cases involving bookings processed through Travel Agents, our staff have liaised directly with Agents to assist our mutual customers.

In addition, a mass email was circulated to our wider customer database with information about the schedule change and contact information for our teams in Samoa, New Zealand and Australia.

Unfortunately there have been cases where our teams were unable to reach some customers due to the absence of valid contact information.

Efforts to secure a suitable replacement aircraft started as a result of the global grounding of the MAX 8 aircraft type in the first half of March, an event which was triggered by the unforeseen accident in Africa.

Part of efforts included a request for an extension with NEOS beyond 31st March. Unfortunately, NEOS too has been impacted by the MAX grounding as it was also due to take delivery of new MAX 8 aircraft. As a result of the grounding, it was unable to provide an extension as it needed the aircraft which had operated Samoa Airways’ flights since November 2017 to support its own operation as it prepares for the busy European summer.

In the process to obtain the required safety and regulatory approvals of the civil aviation authorities of Australia, New Zealand, Malaysia and Samoa, the National Carrier and Malindo Air continue to work collaboratively together and as part of these joint efforts, a team from Malindo Air recently completed an audit of Samoa Airways’ operations. The National Carrier and Malindo Air anticipate the clearances will come through towards the end of the first week of April.

Samoa Airways thanks its customers for their understanding and patience as it progresses its response plans to minimise the impact on customers’ travel plans and return to normal operations.