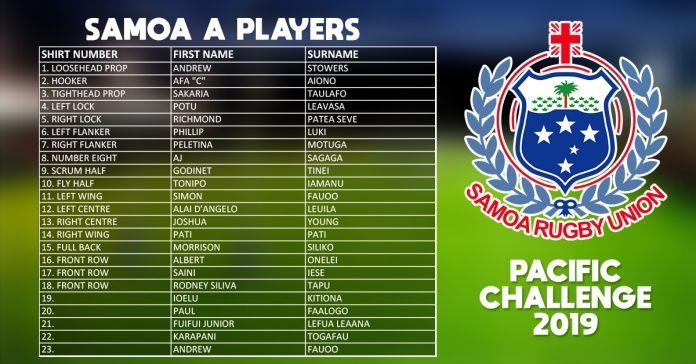 07 March 2019, Suva Fiji. The Samoa A Head Coach, Muliagatele Brian Lima has named his team to play Junior Japan in the first round of the World Rugby Pacific Challenge tournament to be held in Suva, Fiji over the next 2 weeks.

The match will be played at the ANZ Stadium in Suva Samoa A vs Junior Japan kicking off at 2:30pm or 4.30pm Friday 8th March 2019 Samoan Time.

Team Manager Tuala Pat Leota says the team is staying at the Novotel Lami Bay Hotel in Suva and that all the players and management of the Samoa A Team are doing well.

“We arrived on Sunday and on Monday, we had our first light gym training in the morning and in the afternoon we had rugby training at Albert Park;

“On Tuesday morning and afternoon we also our sessions at Albert Park but today we will have our first Captain’s run in the morning as tomorrow is game day.”

“We have no injury worries at the moment so everyone is in good spirits,” added Tuala.

The format of the competition is that all players are required to be Under 23, with only 5 in the squad allowed to be over 23 years old.  Samoa As over 23 players are, Sakaria Taulafo, Rodney Siliva Tapu, Andrew Stowers, Potu Junior Leavasa and captain Afa Aiono. 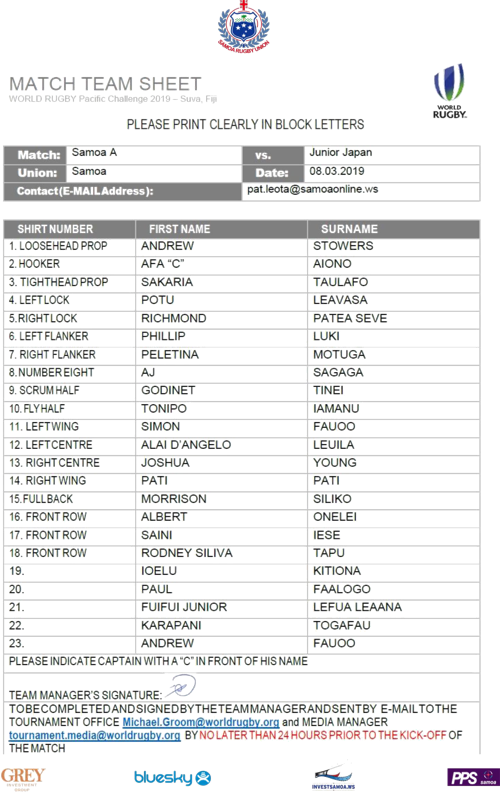