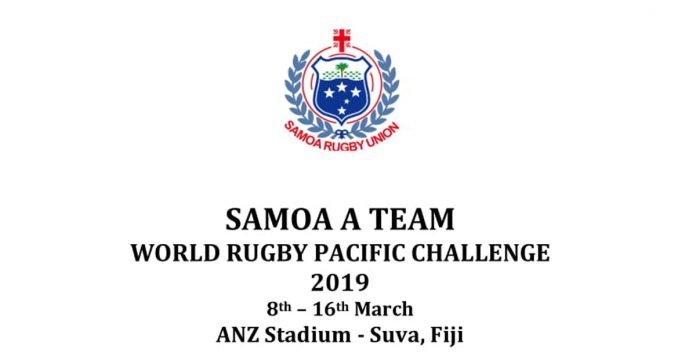 The Samoa A team departed Samoa for Fiji on Sunday 3rd March to participate in the World Rugby Pacific Challenge tournament held at ANZ Stadium Suva, Fiji from the 8th – 16th March 2019.

The Samoa A team has been in training since December 2018 and have held trials in the lead up prior to departing for Fiji. The team consists of mainly players under 23 years of age, while 5 players are above 23 years old as per World Rugby requirement. The team also welcomes back veteran Manu Samoa prop Sakaria Taulafo who recently came back from a long injury lay-off. The team is now in Suva preparing for their first match against Junior Japan on Friday 8th March at ANZ Stadium. 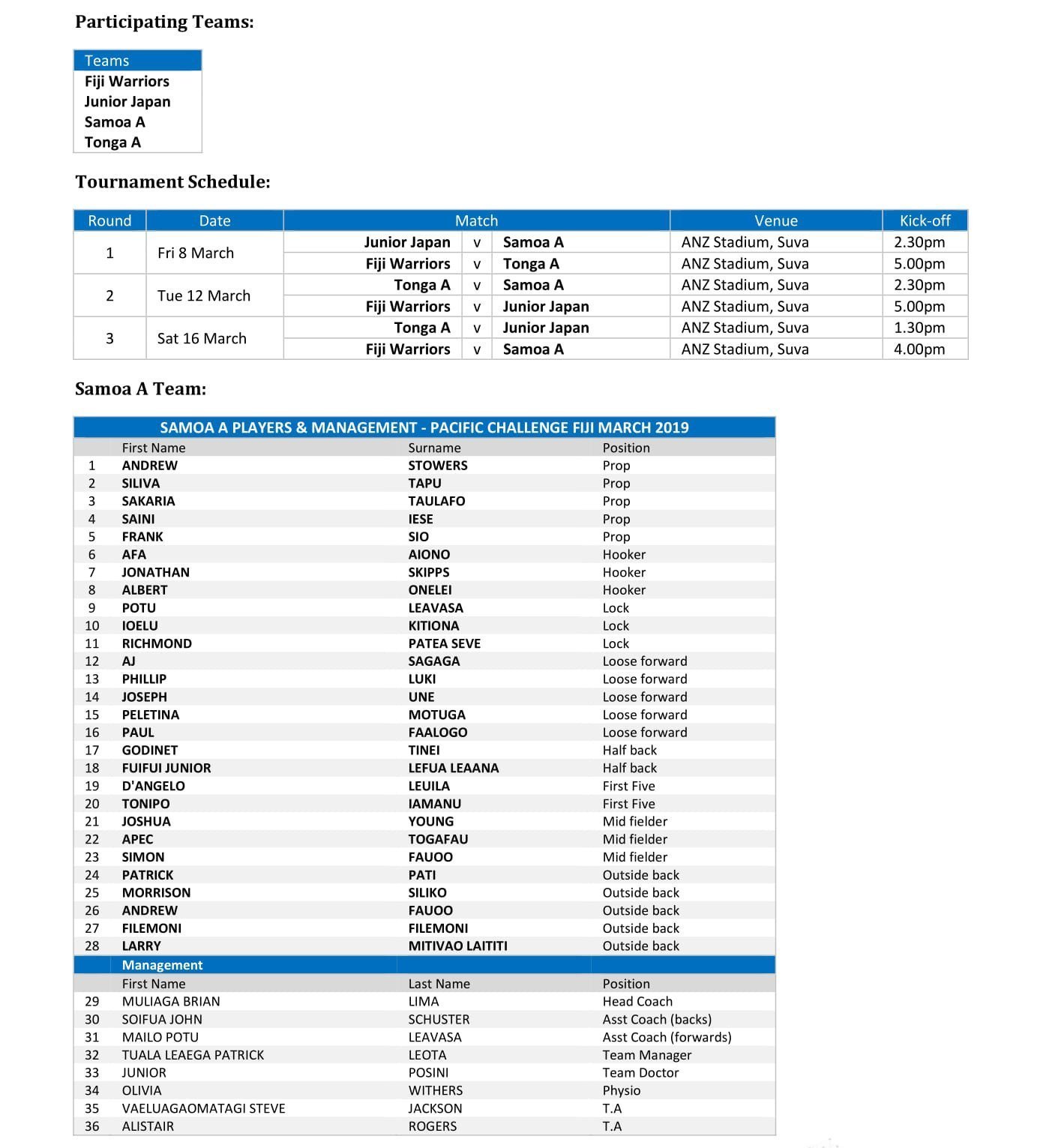