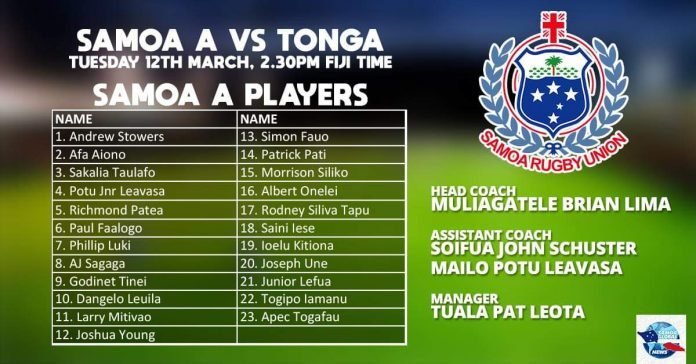 12 March 2019, Suva Fiji.  Rugby Hall of Famer Muliagatele Brian Lima has named his side to play against Tonga in the second round of the World Rugby Pacific Challenge at the ANZ Stadium in Suva this afternoon.

The match will kick off at 4.30pm Apia time and will be live streamed by World Rugby on their facebook page.

The Samoa Rugby Union says that they would also be sharing the live stream on the Manu Samoa facebook page later today.

Manager of Samoa A Tuala Pat Leota says they are looking to take on baord lessons learnt from the first match of the tournament against Junior Japan, to improve performance for today’s game against the brothers from Tonga which is expected to be a physical encounter.