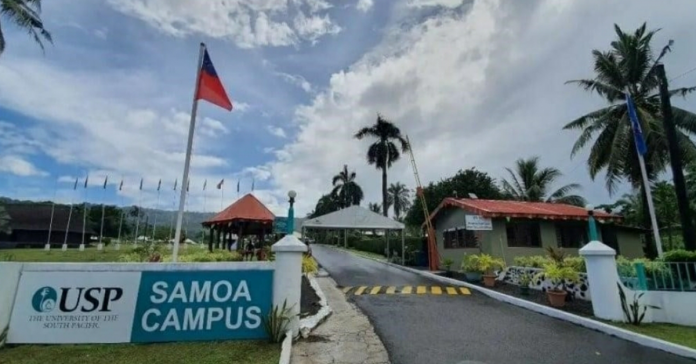 The Government of Samoa’s vision to host the administrative centre of the University of the South Pacific (USP) in Samoa has been reignited with the latest incident reported from the USP Suva Campus surrounding the recent deportation of Vice Chancellor Pal Ahluwalia.

Since his appointment by Pacific Leaders who oversee the Region’s University, Professor Ahluwalia has previously revealed gross mismanagement of funds through excessive allowances being paid to staff.

“We are 100% willing to make that happen. Samoa is revered in the region as a leading player when it comes to national issues benefiting not just our country but the Pacific Forum family as a whole,” Prime Minister Tuilaepa Dr. Sailele Malielegaoi in an interview with a local television network,TV3, last week.

As for the USP internal issues, the Prime Minister says it came as no major surprise to him.

“Many big organisations have actually left Fiji in a similar fashion. I think Samoa must take the lead when regional issues surface that will compromise the mutual benefits and interests for all Forum countries and their respective residents,” said Tuilaepa.

He noted that time and again, Samoa’s track record in providing a safe environment for regional and international partners speaks volumes, and relocating the administrative centre of USP from Suva to Samoa, would be no different.

“Fiji’s unstable political historical upheaval is also well documented, evidenced by multiple military coups over the years which has undermined democracy in that country..”

Deported USP Vice Chancellor  Pal Ahluwalia is now in Nauru, to await the outcome of an internal investigation being conducted in Suva.

Samoa is already home to the USP Campus at Alafua formerly designated as the USP School of Agriculture and Food Technology; recently rebranded as the USP Samoa Campus.

Government’s long term vision is for the Samoa Campus to expand its curriculum to include more academic degrees outside of the agricultural sector.

Also, hundreds of Samoan students are studying in Suva through the bilateral scholarship programs supported by development partners which include the Governments of New Zealand and Australia.