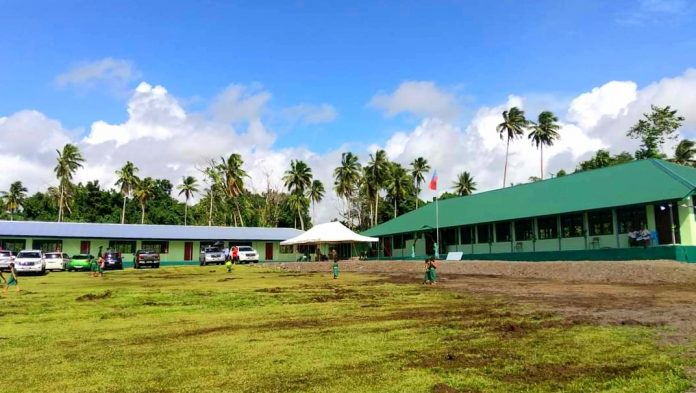 The Government of Japan once again continues to assist the Big Island of Savaii with the development of education at its grass-roots level.

His Excellency, Mr. SENTA Keisuke, Ambassador Extraordinary and Plenipotentiary of Japan to Samoa, handed over the renovated classrooms, a hall and an administration building to the School Committee, students, parents, principal and teachers.

The new project successfully upgraded the school’s former buildings that were built in 1996, which were deteriorated over the past years due to their age and exposure to natural disasters.

The Government of Japan though its GGP is pleased to be part of the development process in the upbringing of Samalaeulu Primary School students, hence, is donating the new school facilities at a substantial amount.

Japan’s assistance through this project indicates its commitment to prioritize the development of basic education by improving and upgrading the facilities of a number of schools across Samoa.

The GGP aims to support small-scale projects directly benefitting the grass-roots level, as well as contributing to the socio-economic development of the Samoa.

It is hoped that this assistance will help further strengthen the friendly ties between the Governments and the peoples of Japan and Samoa.