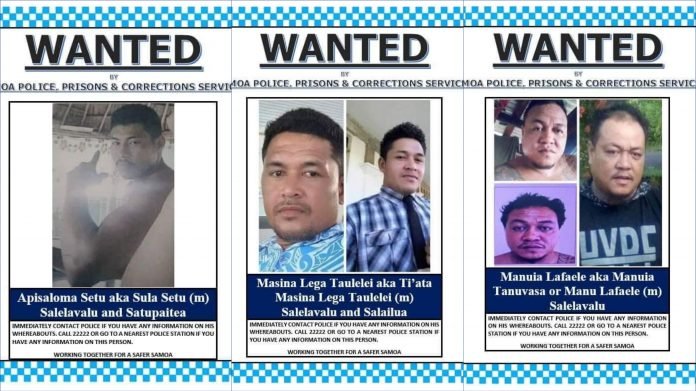 Translated from the files of #FaaSamoa. The three men wanted for shooting at two police officers in Salelavalu are still on the loose, and  high chiefs have assured Police the village will help aprehend and bring them into custody. 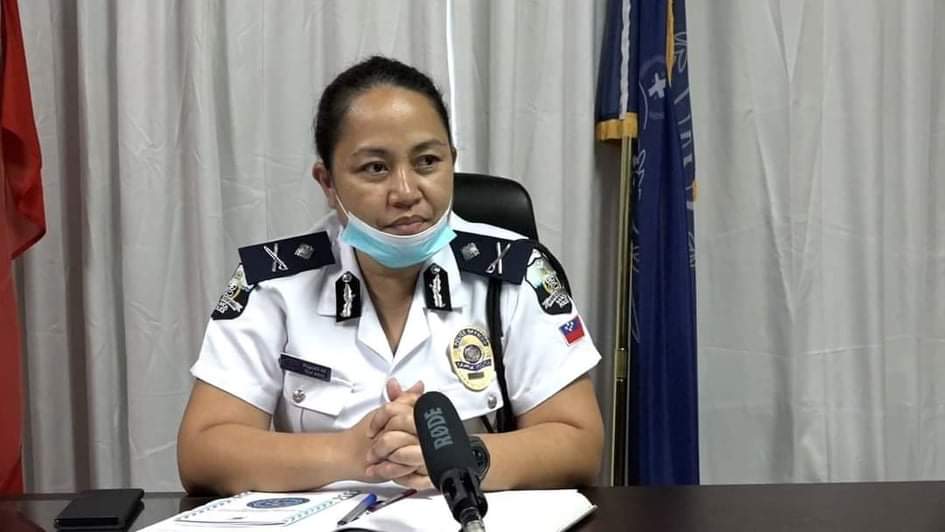 “Give us your full confidence. We will locate them and bring them to you,” the village matai have assured Deputy Police Commissioner, Papalii Monalisa Tiai-Keti.

Papalii said the assurance of village council cooperation was given during a meeting held Monday morning between Samoa Police and high chiefs of the village.

“The village matai have requested that we place our trust in them. The village have said they would locate them and bring them in to police,” said Papalii.

Manuia Lafaele Tanuvasa,  Masina Lega Taulelei and Apisoloma Setu are all wanted in relation to the shooting and for the illegal growing of marijuana.

Deputy Commissioner Papalii confirmed what has been widely reported on social media, that one of the suspects fired at Police with a 12 gauge shot gun when they tried to enter the plantation in Salelavalu.

“Officers from the Tuasivi Police Outpost responded to a call from Salelavalu reporting a marijuana plantation in the village..

“During the police response, one of the three suspects, who are now on the Police Wanted List fired shots injuring two officers.

The Officers who are both fathers aged between 25 and 40 were lucky to have escaped with only minor injuries. One of the Police Officers was also from Salelavalu said Papalii.

“One was shot in his arm and the other suffered minor injuries to his face from gun powder,” said Papalii.

Both officers were taken to Tuasivi hospital for treatment and have since been discharged.

Papalii said the drugs seized are still in Savaii and the total value of the plants has not yet been clarified.

SPPCS has sent out an appeal to members of the public for any information that may lead to the arrest of the wanted men.

“Marijuana is still an illicit drug in Samoa and SPPCS acknowledge all members of the public who are reporting illicit activities in our community.”