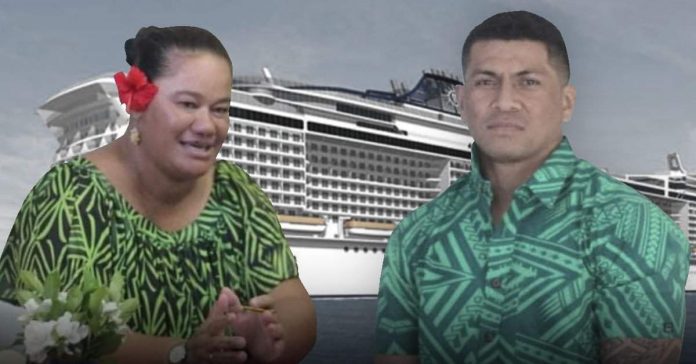 Aisoli Faapusa Te’o was removed from the Mediterranean Shipping Company (MSC) cruise ship he had been working on after he allegedly stabbed another sailor in an incident that he says was self-defense.

Aisoli insists that he had acted in defense of a young Samoan sailor who was being bullied and beaten by another sailor on board their ship.

Aisoli was taken by Miami Police and FBI as soon as the MSC cruise ship ported in Miami Florida on the 14th of April last year. He was detained for 10 months before he was released to return to Samoa on a repatriation flight organised by the Samoa government for all sailors stranded since lockdowns.

Detained by Police in a foreign land, uncertain about his future the father of four from Foaluga Savaii said he was grateful for the help offered by the Samoa First Union (SFU) for him and his family during the ordeal.

SFU had helped reached out to Aisoli through the Internation Transport Federation (ITF) based in London.

Senior Coordinator for SFU, Saina Tomi told Samoa Global News that Aisoli is a union member and that is why they followed his case very closely.

“As soon as we’d heard he was detained in Miami, we activated our services to help where we can, and followed his case very closely.

Ms Tomi says all Samoa sailors working abroad are members of SFU and as soon as they’d heard, she made contact with their partners, the Internation Transport Federation.

Samoa First Union helped Aisoli by providing food and handing over money to his wife here in Samoa.

SFU said they learnt that he was the only bread winner who provides for his family, especially his wife and four children.

“And also he himself needed help financially while detained in Miami,” said Ms Tomi.

Samoa Shipping Services Chief Executive Officer Lautimuia Afoa Vaai, who has been in the forefront of efforts to bring our sailors home, told Samoa Global News the timing of borders closing last year made things difficult for SSS to bring him back to Samoa.

“Yes he was held without charges and the information we received is that US Authorities thought it a waste of US resources to persue a criminal investigation and trial for a Non-US citizen,.

“The Captain of the ship advised MSC Head Office of the incident and the Captain made it very clear to us that he did NOT want Aisoli on his ship anymore as he is believed to be of a ‘major risk’ to the crew and the ship”, said Lautimuia.

“The Captain resolved to hand over Aisoli to the US authorities at port Miami Florida for criminal investigation. At that time, MSC would have, if not already, terminated Aisoli’s employment contract.”

Lautimuia says it was very fortunate the US Authorities decided NOT to press any charges but instead asked for Aisoli’s immediate deportation to Samoa.

“At the time, both Samoa and New Zealand’s borders had just closed down because of COVID-19 and Aisoli’s deportation was not possible.”

“This option was considered in the best interest of Aisoli for his own safety”, adds the SSS CEO.

“SSS is very thankful that Aisoli is now back safely with his family in Samoa.

“SSS also acknowledges the great assistance by the US Authorities, MSC, Government of Samoa and the Airlines whose collaborative efforts made this possible.”

According to Aisoli the Samoa Shipping Services had not done enough to stand for him during the ordeal and says he would have liked to see a proper investigation about the incident on the ship because he had witnesses as to what happened. 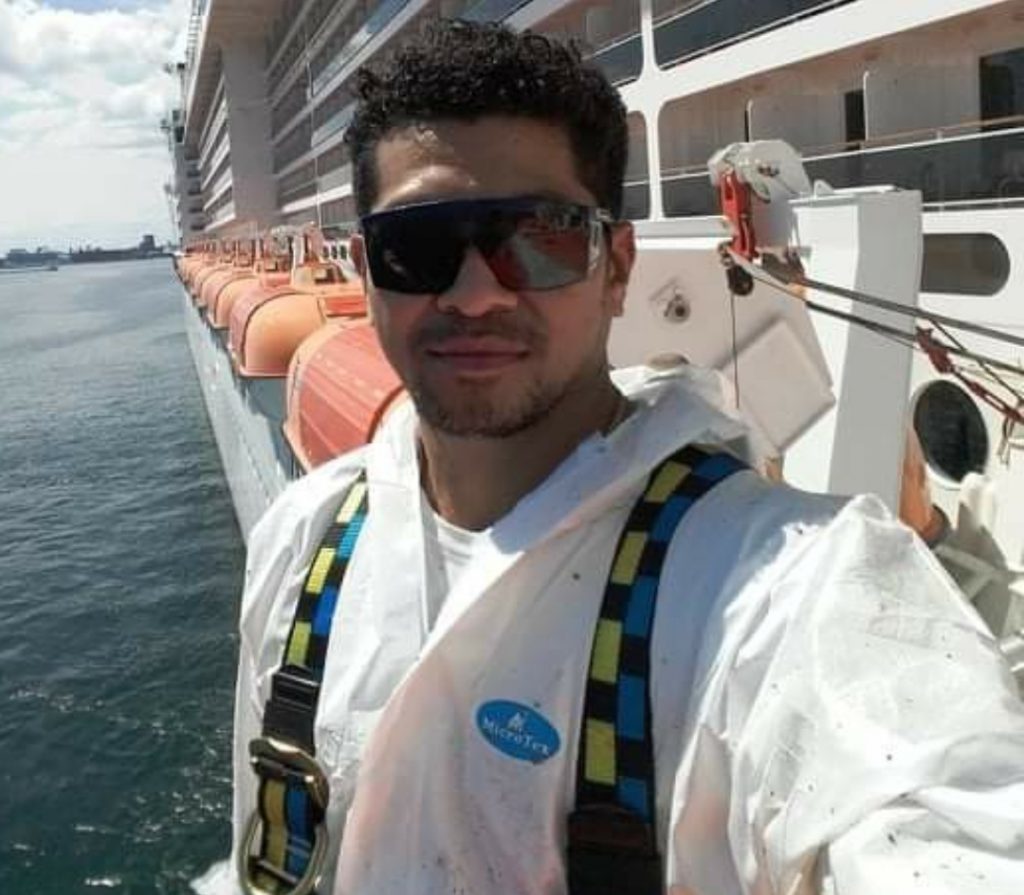 He told Samoa Global News that on the 13th of April the MSC held an Easter dinner celebration for the crew.

He says it was a party and alcohol was served. Things turned sour when one of the sailors assaulted a young Samoan sailor.

Aisoli said they had taken the young sailor to his room after they broke up the fight.

“He had a bleeding nose and a wounded lip at the time,”

Aisoli said while they were trying to get the young sailor patched up, this sailor came to the room and wanted to continue the fight.

“He used threatening words, and he was swearing at the young sailor,” he said.

According to Aisoli, after a while had passed he heard the young sailor yelling out for help. He arrived to see the Samoan sailor being pulled out of his own room.

“I rushed over to help when I was suddenly punched from behind..

Aisoli says after that incident, this sailor followed him around the ship wanting to pick a fight, even when he started his shift at 10pm that night.

He says while he was on duty  this same sailor once again snuck up on  him from behind and this time he had a knife on him.

Aisoli said during the struggle was when he stabbled the other sailor in the stomach. He suffered wounds and has since recovered.

He was held by Miami police in a prison cell for 10 months.

“I am not sure if I’m able to get another job now,” he says.