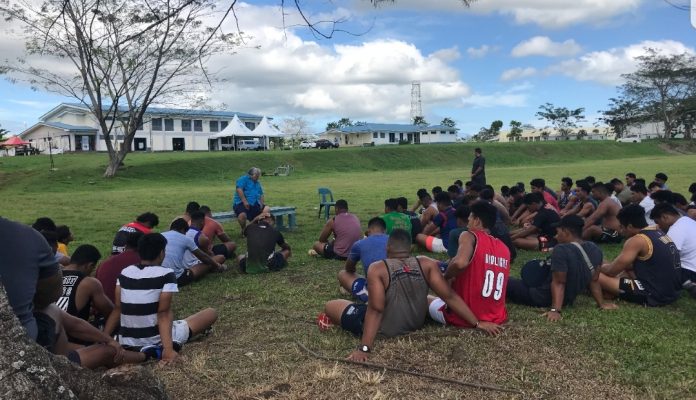 Two Samoa Rugby Union training squads had a surprise visit from the leader of the country, Hon Prime Minister Tuilaepa Dr Sailele Malielegaoi, during their training run at SRU headquarters on Tuesday morning.

Tuilaepa, who is also the Chairman of Samoa Rugby Union, spoke to the U20 and U23 players and their coaches about the SRUs plans for the future development of players and administrators. 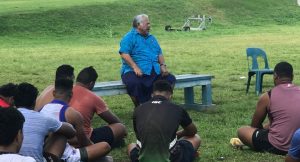 He ecouraged them to train hard and stay committed to their goals.

“You have to be honest in everything you do, especially with your training,” he said.

He also spoke about the importance of Samoa having a seat on the World Rugby Council which he recently attended in Tokyo, Japan.

Tuilaepa touched on many topics that ranged from the work of coaches, the expectation on players and the role of SRU to ensure resources are available at all times.

He spoke to the players about plans to construct a new rugby stadium at the very place they sat. 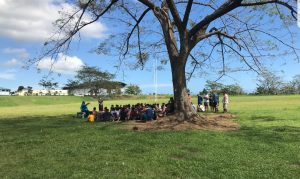 He added Tuana’imato is an ideal location in terms of accessibility to do away with road blocks currently happening at Apia Park everytime there is a game there.

He also spoke about the need to have local coaches at all levels, pointing out that the development being done by the SRU is not just for players but also for coaches and referees.

Tuilaepa told the young players and coaches that there will also be more effort given to the development of womens rugby.

“Most country’s, including Samoa, have more women than men so we need to make sure the development of women, both players and officials, is high on the agenda,” he said.