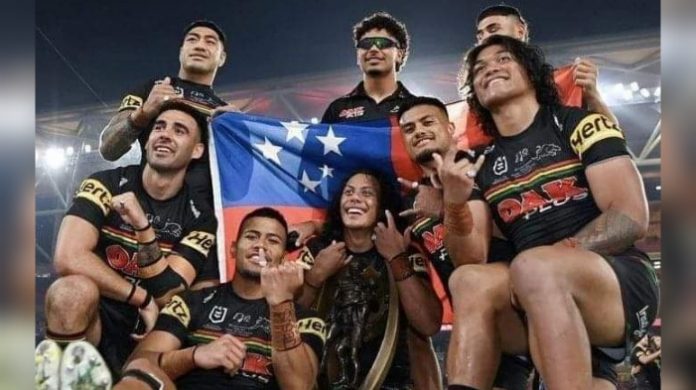 Samoa will be able to watch all games live on TV1 Samoa as announced by the local television network.

TV1 Samoa says it is the most requested tournament by the public here in Samoa and abroad, and acknowledge Island Rock Limited and the Ministry of Health for sponsoring the airing of the Rugby League World Cup.

The majority of Toa Samoa players are coming off fantastic seasons for their respective NRL clubs.

Toa Samoa will feature six players from the Penrith Panthers including the dynamic trio of New South Wales reps Jerome Lua’i, Brian To’o and Stephen Crichton who were instrumental in the weekend’s championship match against Paramatta.

They are joined by fellow Penrith stars Spencer Leniu, Taylan May and Izack Tago.

Samoa are in Pool A with England, France and Greece and will play the first match of the Rugby League World Cup against host nation England on the 15th of October.

The Toa Samoa’s remaining pool matches are Greece at Doncaster on October 23rd and France at Warrington on October 30th.

Pacific brothers Fiji are in Pool B with Australia, Italy and Scotland.

New Zealand is in Pool C with Ireland, Jamaica and Lebanon.