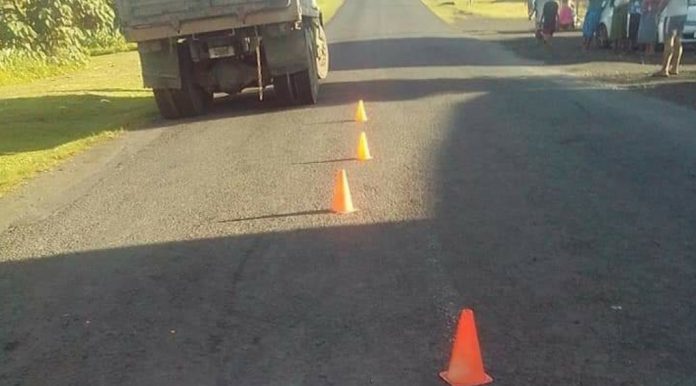 A man from Salelologa was tragically killed when he fell and was run over by a 10-wheeler dump truck in Iva, Savaii this morning.

He said the young man was hanging onto the side of the truck when he fell and got caught underneath the 10-wheeler.

“The accident happened just after 8 o’clock this morning and the deceased was taken to Tuasivi District Hospital but sadly he died instantly at the scene due to the seriousness of his injuries,” Auapa’au said.

Auapaau said the driver is being investigated and was taken in by Tuasivi Police who responded to the incident.

“The charges of the driver should be known by tomorrow after we gather statements from all witnesses and bystanders..

The Deputy Police Commissioner issued a warning to rubbish collecting contractors where occupational safety standards are not upheld for staff, often seen hanging off the side of vehicles.

“This is a wake-up call to all people working to collect rubbish in the country to please be on safety alert, especially hanging on to the sides of dump trucks while the vehicle is accelerating.. it is just not safe,” he said.

“Please, your safety is in your own hands and by doing this as a habit for all rubbish collectors is a big NO NO,” said Auapaau.