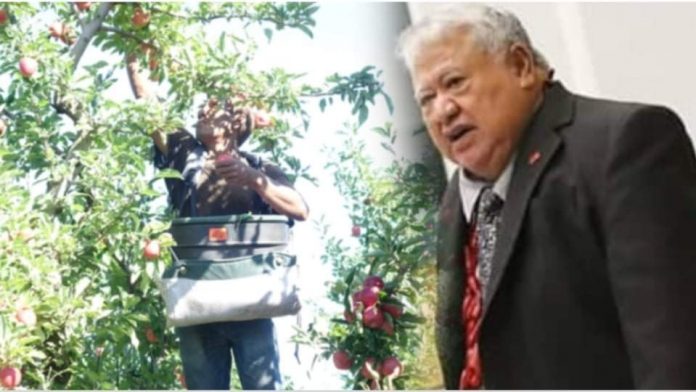 Prime Minister Tuilaepa Sailele Malielegaoi said the Recognised Seasonal Employees Program known as RSE has been adversely affected by the slowing New Zealand economy due to the impacts of COVID-19.

During his weekly interview, the Samoa Prime Minister said over 300 RSE workers are expected to be returned home when borders open, adding that the number of job opportunities for Samoa is expected to drop significantly.

In September last year, the New Zealand Minister of Immigration announced staggered increases to work visas available under the scheme where 14,400 places were to become available this year to Samoa and nine other Pacific Island Forum Countries. In 2018/19, there were 2,315 RSE workers from Samoa in New Zealand.

The RSE scheme has been a win-win; to alleviate labour shortages in New Zealand and Australia’s horticulture and viticulture industries, while providing job opportunities for Pacific Islanders.

According to the Samoa Prime Minister, COVID-19 has caused job losses for New Zealand, so more New Zealanders will be wanting to take up jobs in horticulture, which they did not want to work in the past.

“As the economy slows, New Zealanders will want to take up more of these jobs, and that means less opportunity for our people.”