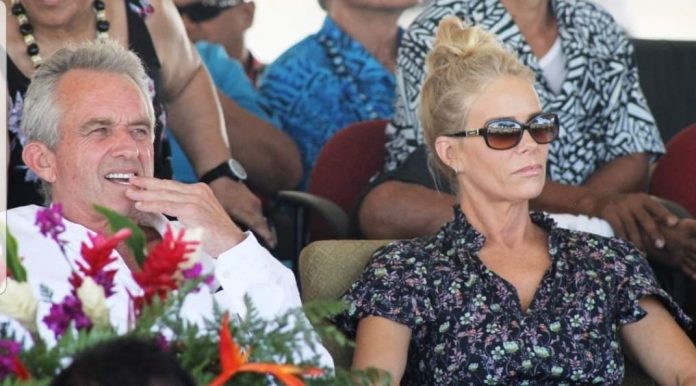 Robert F. Kennedy Jnr’s father, affectionately referred to as “Bobby” by President John F Kennedy was instrumental in running his brother’s political campaigns and was appointed United States Attorney General under John F. Kennedy and served as the closest advisor to the President.

Robert F “Bobby” Kennedy was known for his advocacy for the civil rights movement and the fight against organised crime and the Mafia. He was also assassinated in June 1968 and like his brothers John and Edward, was a prominent member of the Democratic Party.

Robert F. Kennedy Jnr continues the work of his father and uncle as an environmental attorney, and serves as president of the board of Waterkeeper Alliance, a non-profit environmental group he founded in 1999.

Staying at Taumeasina Island Resort, the actress tweeted from the Seki Fest festival, enjoying Friday night in Samoa and posing for photographs with local performers.

Here to help Samoa celebrate its 57th Independence, the couple were seen waving to the march pass participants and enjoying the entertainment at Mulinuu.

From 1986 until 2017, Kennedy served as senior attorney for the Natural Resources Defense Council (NRDC) also a non-profit environmental organization. He served from 1984 until 2017 as board member and chief prosecuting attorney for Hudson Riverkeeper.

For over thirty years, Kennedy has been a professor of Environmental Law at Pace University School of Law. Until August 2017, he also held the post as supervising attorney and co-director of Pace Law School’s Environmental Litigation Clinic, which he founded in 1987. He is currently professor emeritus at Pace.

Robert Kennedy Jnr and Cheryl Hines have taken the opportunity to see a bit of Samoa on their trip. This morning, they attended Sunday church with Hon Prime Minister Tuilaepa at the Siusega Catholic cathedral, and plan to enjoy more of Samoa until departing for the US on Monday. 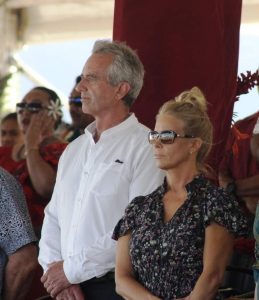