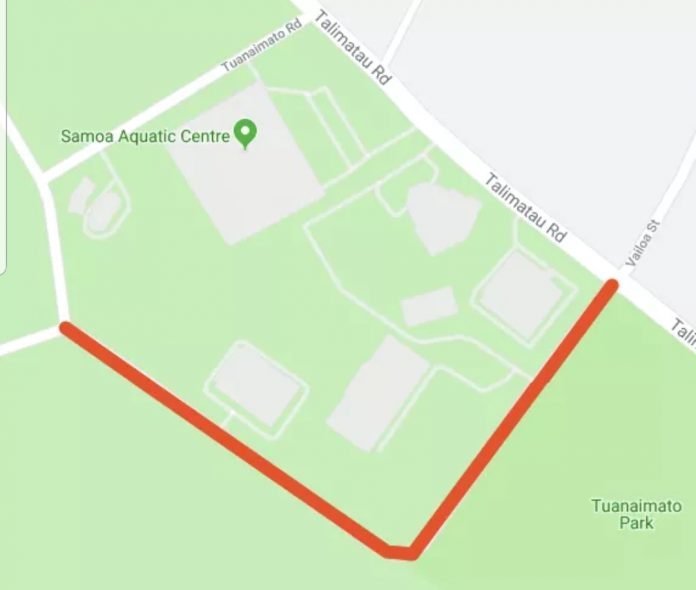 Published on the Facebook page of Samoa 2019 Pacific Games, the announcement states that road closures to the public around the Faleata Sports Complex will run for 16 days from Thursday 4th to Saturday 20th July 2019.

“There will be road closures around Faleata Sports Complex, starting Thursday, 4 July, until Saturday, 20 July.”

“SIDs Road, starting from Faleata Golf Course through to Talimatau Road, will be closed to the general public”.

“Unauthorised vehicles will be unable to access this road during the Games and are encouraged to use other adjoining roads around the complex.”

“Around Apia Park, Levili Bolevard (behind Apia Park Stadium) will be closed from 4pm for several hours on Sunday 7th July for the Opening Ceremony;

“And from 4pm for several hours on 20 July for the Closing Ceremony.”

“The public are advised to expect delays in and around the Apia Park Stadium on 7 July and 20 July, and are encouraged to use other routes to avoid potential traffic jams.”