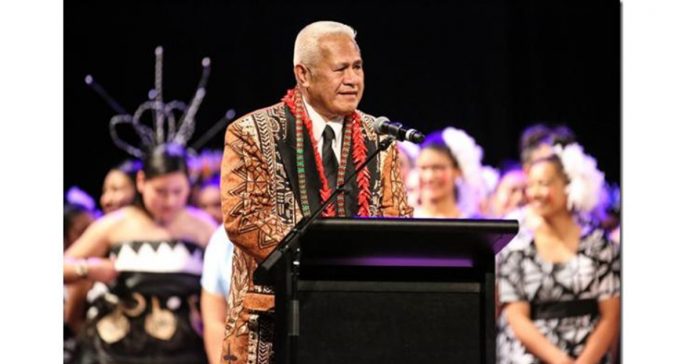 “I came to serve but not to be served.”

These are the Lord Jesus’ teachings Reverend Tauinaola Tofilau (pictured) has strived to uphold whole-heartedly throughout a life dedicated to serving God and the Pacific community.

The retired Minister, who worships with the Manukau Pacific Islands Presbyterian Church, has been named on the New Year’s Honours list, his services to the Pacific community recognised with a Queen’s Service Medal (QSM).

“I am very humbled by this and thankful for this acknowledgement, however I don’t think it will affect my way of life and how I see things in life,” the Reverend says about his accomplishment.

Born and bred in Samoa, Tauinaola immigrated to Otara, South Auckland in the 1960s and was soon married with four children.

With religion and God a huge part of family life, Tauinaola joined the Pacific Islanders’ Presbyterian Church in Otara, and in January 1982, he took his wife and their children to study at Dunedin’s Knox Theological College.

“I graduated at the end of 1985, and was inducted and ordained as a Minister of the Presbyterian Church and for the first 13 years of my ministry, I served with the Maori Synod, the Maori section of PCANZ (Presbyterian Church of Aotearoa New Zealand), from Waimana, Opotiki, Gisborne and Moera in the Lower Hutt Area,” Tauinaola explains.

Fifteen years later, Tauinaola moved to Wellington, after being inducted into the Newtown Pacific Islands Presbyterian Church, where he served for over 17 years.

“Serving in Newtown was an opportunity to reach out to our Pacific communities in the Wellington region,” Tauinaola says.

The Reverend worked with pre-schools, primary schools, colleges, and the Victoria University of Wellington, and sat on the Va’aomanu Samoan Study Board.

He helped established Wellington Pasifika Services, and was Chairman until he retired.

“I also helped establish Wellington Pasifika Patrollers and was Chair until my retirement – at the moment I hold the Patron role for the Patrollers.”

Tauinaola sat on the Family Centres Board for 17 years and was Chair of the Wellington Samoan Ministers’ Ecumenical Forum for five years.

“This forum appointed me to help defuse a tension that stirred the closeness of our Pacific young people and other young ones of different backgrounds in the Newtown area,” he adds.

Although there are many highlights of his life dedicated to serving others, there are several which stick out, including his actions in bringing these young people together; and seeing young men and women graduate into the Police Force due to the work of Wellington Pasifika Patrollers.

The Wellington Pasifika Patrol was launched in New Zealand’s capital several years ago to help reduce crime and build stronger relationships between Pacific people and the police.

He has served God and the community all his life to create improved pathways for his people to strive and become confident, prosperous and resilient.

Although retired, there is no stopping Tauinaola.

“I will do whatever I am able to do to help serve the wider community,” he says.