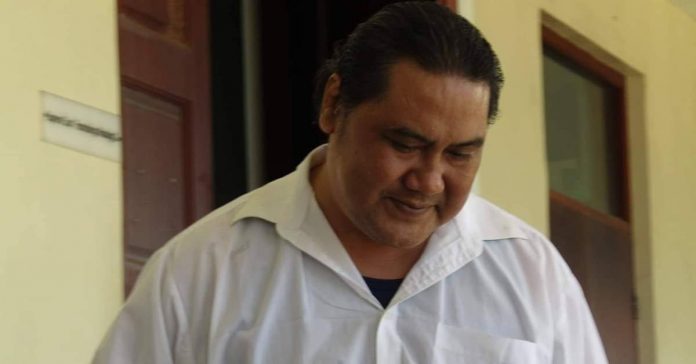 The 3 week trial of Kolani Junior Lam accused of murdering his wife Sa’u Justina Sa’u has come to an end with the Court ruling against an expert witness that defense had wanted to call.

As a final move by defense counsel Leiataualesa Komisi Koria, an application to allow for an expert witness to be called to assess the victim’s mental status was put forward last week.

Supreme Court Justice Niava Mata Tuatagaloa denied the application for an adjournment so an expert witness can be called to assess the victim’s mental status.

According to defense the expert would make an assessment about the former UTOS CEO’s state of mind, from the the various testimonies of before the Court by all witnesses.

Justice Tuatagaloa said the application by the defense does not fall under Sections 94,  51, and 47 of the Criminal Procedures Act and did not allow her judiciary discretion for an adjournment.

Defense was asked why they had not put forth this application earlier noting that defense counsel should have given notice at the start of the trial.

The Court ruled that they could not extend time or allow an expert witness to be called without giving notice.

The case has been adjourned to 4th November 2019 for counsels to file final submissions, and 7 November to hear those submissions in court.