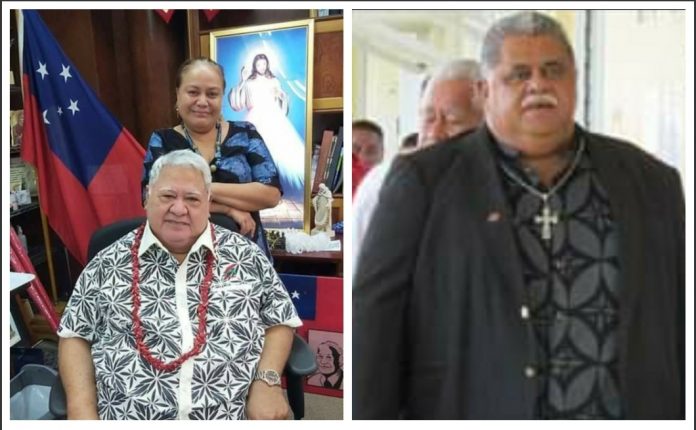 Monday 12 July 2021 Press Release. TV 3 reporter Toalepai Rula Vaai has issued an apology and admitted that she was told to ask the Prime Minister about comments allegedly made by the FAST chairman, which has led to a public outcry and a march to end violence against women held Monday afternoon.

Toalepai has spoken out to admit she had not listened to the comments made by Laauli at the time she posed the question to Tuilaepa, and only did so because she was briefed beforehand by Savali reporters who were there.

“The truth is I had not listened to the comments made by Laauli that are at the centre of all the commotion,” said Toalepai.

The question posed by Toalepai,  and the response by Tuilaepa had then together insinuated that Laaulialemalietoa said women should be taken to an open field with bright lights, and untitled men should be brought to have their way with them.

The public outcry that followed led to the Minsitry of Women and Social Development stepping in to organise a march against domestic violence, with many angry voices coming out to call for the end of abuse to women and girls.

The popular broadcasting television network holds an exclusive weekly interview with Afioga Tuilaepa Sailele Malielegaoi, hosted by Toalepai Rula Vaai, whom TV3 says works for them on a freelance basis.

TV3’s public apology was issued this afternoon, just two hours before the Violence Against Women march at 4pm. The letter is signed by the networks managememt and reads as follows:

To the public, media and the MP Elect Afioga Laauli Polataivao,
We apologize for any wrongdoing that resulted from a recent interview TV3 had with the  Caretaker Prime Minister, Afioga Tuilaepa Sailele Malielegaoi, that occurred on Wednesday,  June 30th, 2021. Due to the line of questioning from said interview, there have been numerous accusations that TV3 reporter, Miss Rula Vaai, insinuated that the Afioga Laauli Polataivao had promoted or advocated violence towards women, which he never did.

Miss Rula Vaai has stated in a formal apology online and on TV3 earlier today, and assured us that she never intended to ruin Afioga Laauli Polataivao’s reputation nor intended any harm towards him.

Miss Rula Vaai recalls that day like any other day she did his interviews:

She submitted her questions to the Caretaker Prime Minister, Afioga Tuilaepa Sailele Malielegaoi’ at which point he told her that he wanted her (Miss Rula Vaai) to ask him what his thoughts were in regards to any statement made by Afioga Laauli Polataivao in regards to women. At the time of the interview, there were Savali reporters inside his office who told Miss Rula Vaai that Afioga Laauli Polataivao’s program on Facebook, had him stating to “bring women to an open malae, turn on the lights and call the aumaga to come.”

This is when the Caretaker PM told Miss Vaai to ask him his thoughts on the matter.

Her question then became: “Lau Afioga le Taitai Tausi, can you give your thoughts on Afioga
Laauli Polataivao’s statement to bring all the women to the Malae Tiafau and for the aumaga to come there.”

TV3 recognizes the mistake made by Miss Rula Vaai., who is a freelance journalist that we use for the weekly programme on TV3 since the show’s inception.

A lot has been taken out of context and we are aware how this makes our network
susceptible to scrutiny.

We apologize and look forward to working that much harder to re-establish trust with our viewers.