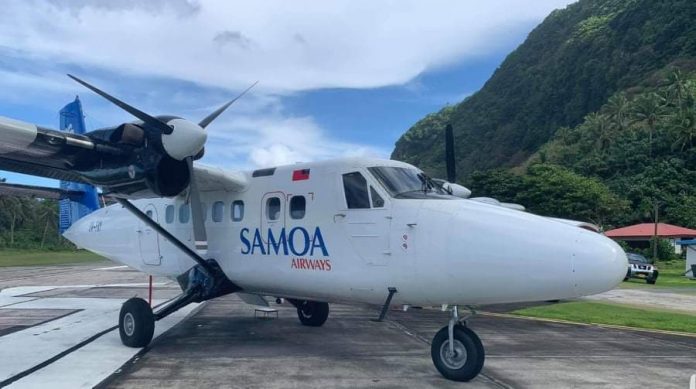 Samoa Airways has advised that repatriation flights between Samoa and American Samoa have been approved and set to resume with flights announced for this week.

Privately owned Talofa Airways will also be resuming flights between the two Samoas as part of the repatriation plan to take residents home both ways.

The initiative comes following a commitment from American Samoa Governor Lolo Matalasi Moliga that priority would be given to repatriate about 300 AS residents stranded in Samoa since the closure of borders due to the coronavirus pandemic.

Similarly there are residents and citizens from Samoa, stranded in Pago Pago who will now be able to return.

The operation will be closely monitored by the airline and health officials at both borders with special travel eligibility rules and requirements to apply.

Such a plan will include verification of all travelers as residents, compulsory quarantine upon arrival, and regular testing until they are released.

Captain  Christian Tooala and Captain Andrew Roebeck of Samoa Airways who have been based in Pago Pago for the past few months to provide air service between Tutuila and Manu’a, will be bringing the first flight of passengers from Amercian Samoa.