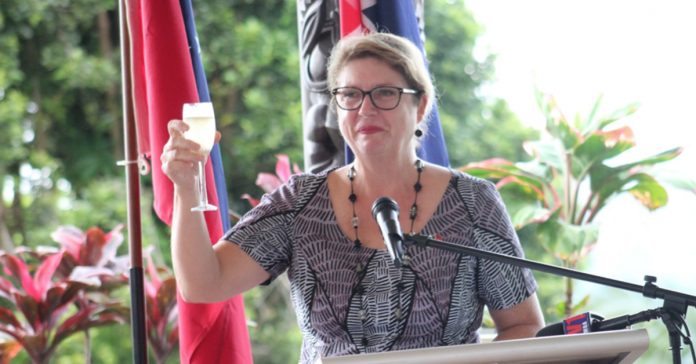 Talofa Lava. Welcome. Thank you for joining us this celebration of Australia Day for 2019.

Social researcher, Hugh Mackay, who was invited to give the 2019 Australia Day Address, notes that in 1788 when the First Fleet dropped anchor in what was to become known as Farm Cove, over forty nationalities were represented in the people on board those 11 ships – including French, German, Dutch, African, American, West Indian, as well as English, Welsh and Scots – and of course they landed on a continent where hundreds of indigenous nations speaking hundreds of different languages were already co-exiting.

Australia comes from 200 different birthplaces around the world. Right now about a third of Australia were born overseas, (including myself) and in Sydney, which I still call my home town, 43 per cent of the population was born overseas.

For those of us lucky enough to be celebrating Australia Day in the Pacific islands, it is also a day to celebrate and reflect on the ways in which Australia’s home in the Pacific has shaped us as a nation, and the strong relationship we enjoy, with our neighbours and family in the region, including Samoa.

Australia is an enduring partner of Samoa. Over the course of 2018 – my first year as High Commissioner – we continued to build on the warm and strong relationship Australia has enjoyed with Samoa since 1971.

Maintaining the tempo of high-level engagement, we welcomed Australia’s Ambassador for Women and Girls, and then Ministers for Foreign Affairs and International Development and the Pacific to Samoa’s beautiful shores.

We watched on as Samoan builders and craftspeople made the finishing touches to the Maota Fono, a stunning building that has incorporated accessibility and environmental considerations in its design and is a symbol of Samoa’s enduring democratic processes. And which will be open for parliamentary business in the very near future.

We launched the third phase of the Australia Pacific Training Coalition, which in addition to providing Australia qualifications to vocational students from around the Pacific, will support Samoan TVET institutions to provide high quality and sustainable training programs.

And, of course, we provide schools and communities with support through our Direct Aid Program, welcomed Australia advisers and volunteers to Samoa, and worked collaboratively with Samoa in international fora to purse shared interests.

You’ll see that this banner behind me bears the words ‘Tasi le aiga, e tutu malosi faatasi’. One family, standing strong together. Because Australia stands beside Samoa, supporting you in your developments priorities in many ways.

We are standing beside the Samoan father who, thanks to Samoa Disability Program, now has access to a walking device, enabling him to participate in church and family life.

Beside your daughters and sons studying at Australia institutions on Australia Awards Scholarships, like Yohni, who recently completed his Masters of Fisheries.

Policy and has returned home to pursue Samoa’s interest in conservation and sustainable management of the environment and marine recourse.

Your sister, Sesili, who having studied hospitality at APTC was promoted to Assistant Food and Beverage Manager at a local hotel and now shares her skills and expertise with her colleagues.

We are standing beside our Samoan friends, who are undertaking seasonal work in Australia, and who will return to Samoa with the resources and skills to invest in better futures for their children.

And we are standing beside your communities on rugby fields, cricket’s pitches and netball courts, as we invest in sports for developments to encourage one another to live healthier and more active lifestyle……………

Over the course of 2019 Australia will continue to deliver on its commitment to take our partnership with Samoa, and the Pacific, to a new level. It promises to be an exciting year for the Australia-Samoa relationship, with ever expanding linkages across Government, the private sector and communities.

We will promote economic development through a new Australia Infrastructure Financing Facility for the Pacific and an expansion of the Pacific Labour Scheme, which will enable more Samoans workers to earn higher incomes, gain skills and secure opportunities for their families.

We will grow our already extensive personal connections through sports, media, education, and church partnerships.

The number of Samoans scholars studying on Australia Awards Scholarships – 56 in 2019 – will be complemented by the increasing number of young Australians who will spend time in Samoa under the New Colombo Plan, gaining personal ties and a love of this country.

I’m pleased to welcome here tonight two mobility scholars who are currently interning with the Samoa Law Reform Commission – and tomorrow morning the first New Colombo Plan scholar to study at the National University of Samoa will arrive.

We will continue to enhance our security cooperation across defence, policing and cyber security. Under the Pacific Maritime Security Programme Samoa will this year receive the Nafanua II, a bigger, more capable patrol boat to enhance Samoa’s capacity to secure its ocean resources and maritime domain.

And steady flow of Samoans Australians will travel in both directions across the South Pacific Ocean in pursuit of political, business, church, sporting and educational endeavours – or simply to visit family and friends, and enjoy the beautiful beaches and landscape that both countries are blessed with.

May I now propose a toast: please join me i raising your glasses: to the health of His Highness the Head of State and Masiofo, to the Government and the people of Samoa. 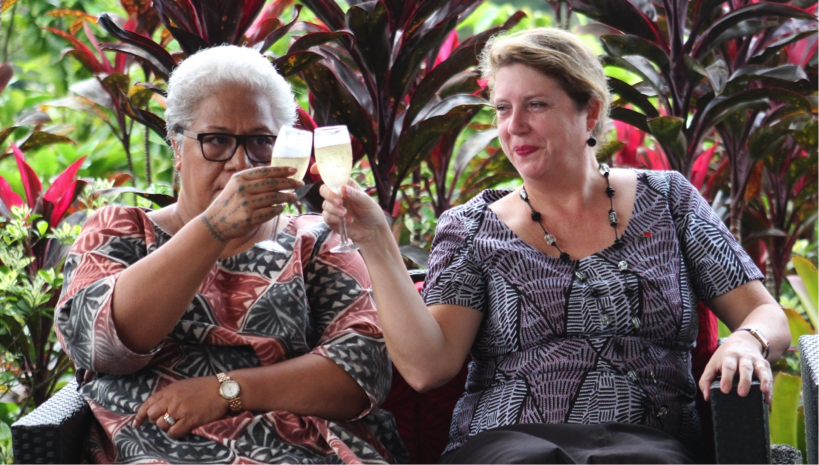