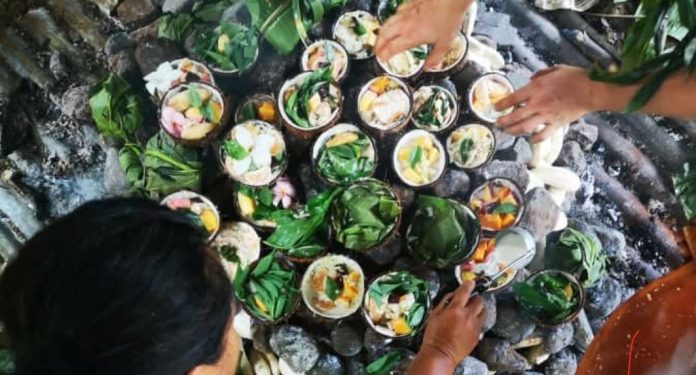 Six years ago Floris Niu walked away from the corporate New Zealand rat race and returned a broken woman to her home in Tuanai, Samoa having spent the previous decade overcoming an avalanche of unfortunate events.

During that difficult period in her life, she recalls standing in her family plantation in Tuanai, crying out to her parents and her ancestors for help.

And the ancestors “responded.”

Floris had inadvertently arrived at the solution to her pain – she was standing on it.

“I was in the plantation and I saw all the trees,” she reminiscences;

“In some fantastic way, it felt like they were cheering me on, supporting me, encouraging me…I wanted to feel alive again;

“This land is flowing through my blood, the soil, the sweat of this land;

“All of the hard work that has gone before through my ancestors is here and I wanted to make something of that… that’s how I found cacao.”

By redirecting all her pain and sorrow into reviving her family cocoa plantation, Ms Sunshine Farms was born. What began as a journey towards healing her mind, body and soul has since evolved into an organic farming revolution that is inspiring other growers, particularly women and youth to re-connect with their land and the traditional knowledge attached to it.

In the last six years, Floris has lived and breathed organic and sustainable farming – pesticide and chemical-free. A vegan, Floris relies heavily on foraging in her plantation for food, so she has carefully developed a farming system and cocoa enterprise that is sustainable and harmonious with her land.

Her well documented journey online caught the attention of the International Federation of Organic Agriculture Movements (IFOAM) who sponsored her trip to New York to attend a global workshop on sustainable development  along with other young enthusiastic leaders from fifty countries around the world.

Floris says it is one of her proudest moments since moving back to Samoa.

“it’s also the fact that I could come back here to my ancestral land with nothing and build a new life, new career while helping to inspire my community and grassroots farmers to take pride in their work as farmers.”

In 2014 she kicked off her commercial enterprise, supplying the boutique chocolatier SHE Universe in New Zealand who went on to create the Koko Samoa Collection. Ms Sunshine Farms specialty cacao beans were also exported to ‘Pure Wellbeing’ and ‘Moa Bakery’ in New Zealand.

“My boutique organic, single estate beans are sought after for its authentic, organic story and the effort I make to bring quality by processing cacao in a traditional way,” Floris said.

She overcame depression and cancer but the road to successful cocoa farming and agri-tourism has not been easy for this farmer.

At first, male farmers around her did not accept her as a serious cocoa farmer.  Plus she spent the majority of her life living overseas and was a divorced single woman, the predominantly male cocoa farming community used to ostracise Floris and brand her as an outsider in her own village.

A gender analysis of the cocoa sector by an Australian funded project found that women were seldom regarded as farmers despite their work planting cocoa, weeding and harvesting. The dismal statistics show most women employed in agriculture are not paid (88.1%) and/or are self-employed (88.3%).

The project revealed there was a lack of support for women in the cocoa sector even though they had the same aspirations as men to improve their business.

A Samoa Export Farmers Organic Koko association, formed in 2012 for growers in Malie, Afega and Tuanai has had no female members since its establishment.

So Floris co-founded her own association: the now popular Samoa Women’s Association of Growers (SWAG) in 2018, a registered NGO to represent the interests of women farmers and organic farming in Samoa.

There is still a lot to do to improve women farmer’s seat at the table, Floris feels that with every achievement she has accomplished in her career she is gaining the trust and respect of her male peers and her extended family in Tuanai.

“I think slowly after six years people have started to accept me and started to know me again and that I am of this land;

“I’ve proven to them I can grow things.

“I’ve come here to the land of my ancestors and I have a claim to it – I belong here.” 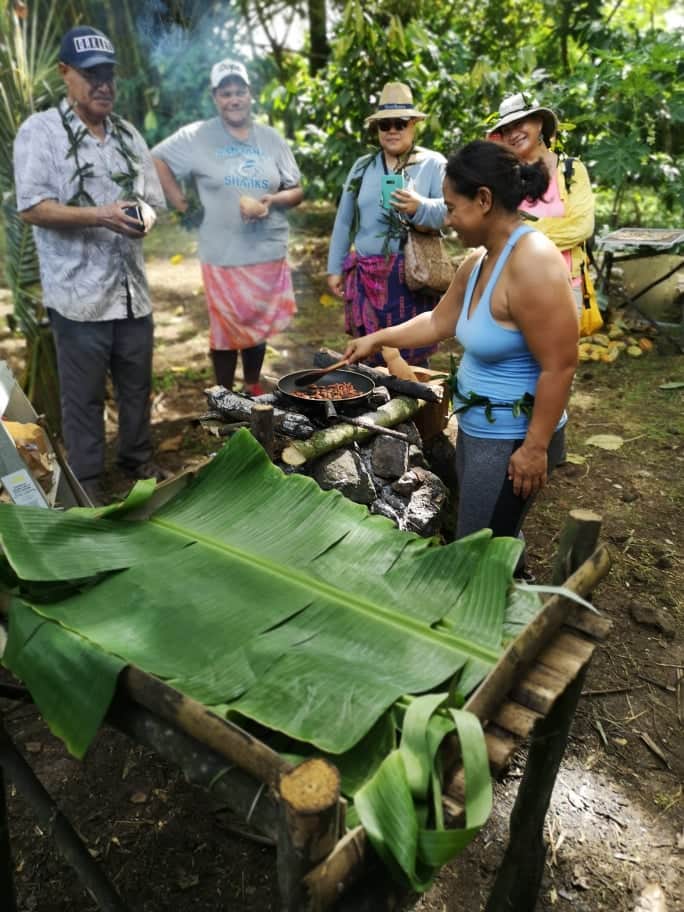 This content is made possible with support funding from the Australian Centre for International Agriculture Research (ACIAR).