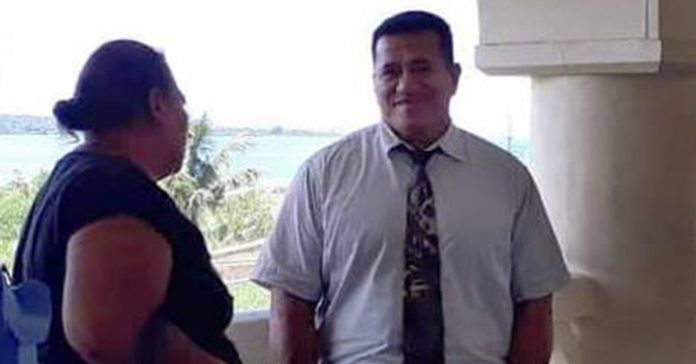 19 January 2019, Apia Samoa. A 47-year-old male who blamed the victim for his actions was sentenced to 17 years and four months by Justice Niava Mata Tuatagaloa today.

Iakopo was found guilty of five charges of sexual violation in connection to his step-daughter who was 13 years old at the time of first offending.

The police summary of facts stated that Iakopo raped the victim on five different occasions between 31st December 2016 and 5th of February 2018.

The Court heard that in the first incident Iakopo entered the victim’s bedroom, and forcefully removed the victim’s clothes while she was lying on her bed. He got on top of her and raped her.

The summary of facts stated that the victim was crying because of the pain, but Iakopo continued.

The Court heard that when he was done he put his ie lavalava back on and whispered, “sorry” into the victim’s ear and walked out of the bedroom.

Iakopo went on to rape the victim on 4 more occassions between 31 March 2017 and 5th February 2018, which was the date of the last incident.

Justice Tuatagaloa was unimpressed with the excuse given by the defendant as stated on the probation report.

In an act of victim-blaming, Iakopo told the probation officer that it was the victim’s attitude towards him that aroused his ego and tempted him to force himself on her.

“You are a 46 year old man, you are the victim’s step-father. You shouldn’t have said this inside the report because the Court does not accept this kind of explanation.”

The police summary of facts stated that Iakopo kept apologising to the victim every time he had finished raping her.

Justice Tuatagaloa told Iakopo that he had broken the victim’s trust and that he had ruined her life.

In delivering her decision, Justice Tuatagaloa said, “The victim stated in the victim impact report that she felt unsafe and was no longer protected within her own home,”

The Court also heard that the mother of the victim told the probation officers that her daughter had never mentioned anything to her.

The victim states in her victim impact report that she had told her mother as soon as the incident occurred. The victim goes on to say that there was a ‘family talk’ where the defendant apologised to the both her and her mother.

However it did not stop, and the defendant continued to rape his own step daughter.

Justice Tuatagaloa said, “Young girls are no longer safe if this is the kind of attitude shown by mothers towards their daughters, they stand by their husbands rather than their children.”

The victim is now in the care of the Samoa Victim Support Group.