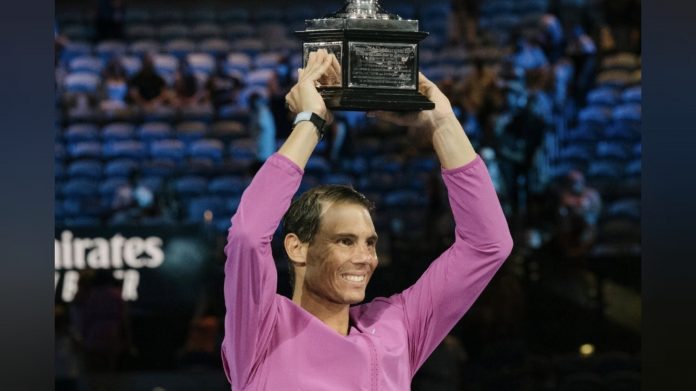 Melbourne Australia. Rafael Nadal has put his stake in the ground for greatest player of all time status, withholding a mighty challenge from one of the game’s current stars and recovering from two-sets-to-love down to defeat Daniil Medvedev in a five-set classic and win his second Australian Open.

Novak Djokovic overshadowed the first Grand Slam of the year before it began, but Nadal pulled off an epic comeback over Daniil Medvedev, over match that went for 5 hours and 24 minutes.

The Spanish tennis star Rafael Nadal shook his head, as if in disbelief. Then he moved to the net to shake the hand of his opponent, Daniil Medvedev, and it was then that it seemed to sink in.

With this win Nadal stands  alone in the record book with 21 career Grand Slam men’s singles titles, now one more than his rivals Roger Federer and Novak Djokovic with 20 each.

Suddenly, Nadal punched the air like a prizefighter, flexing his arms like a bodybuilder, pumping his fists overhead, then dropping to his knees as tears flowed.

Nadal’s five-hour-and-24-minute triumph, after being down by two sets, thrilled a raucous crowd on a warm Sunday night at Rod Laver Arena.

It came just a day after Ashleigh Barty of Australia won the women’s singles title, the first home court win at the Australian Open in 44 years.