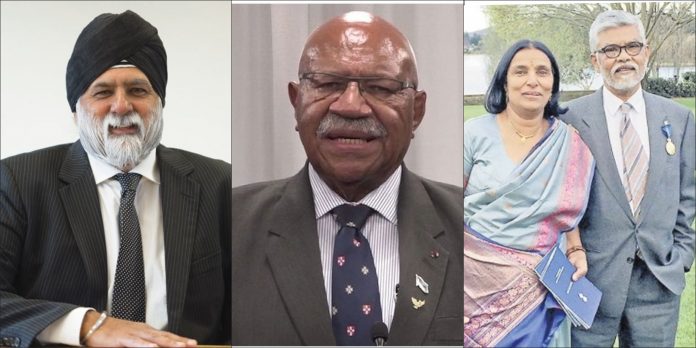 In a statement issued on Boxing Day, Prime Minister Sitiveni Rabuka says he is ready to meet Dr Lal and Professor Ahluwalia personally, and apologise on behalf of the people of Fiji for the way they were treated. 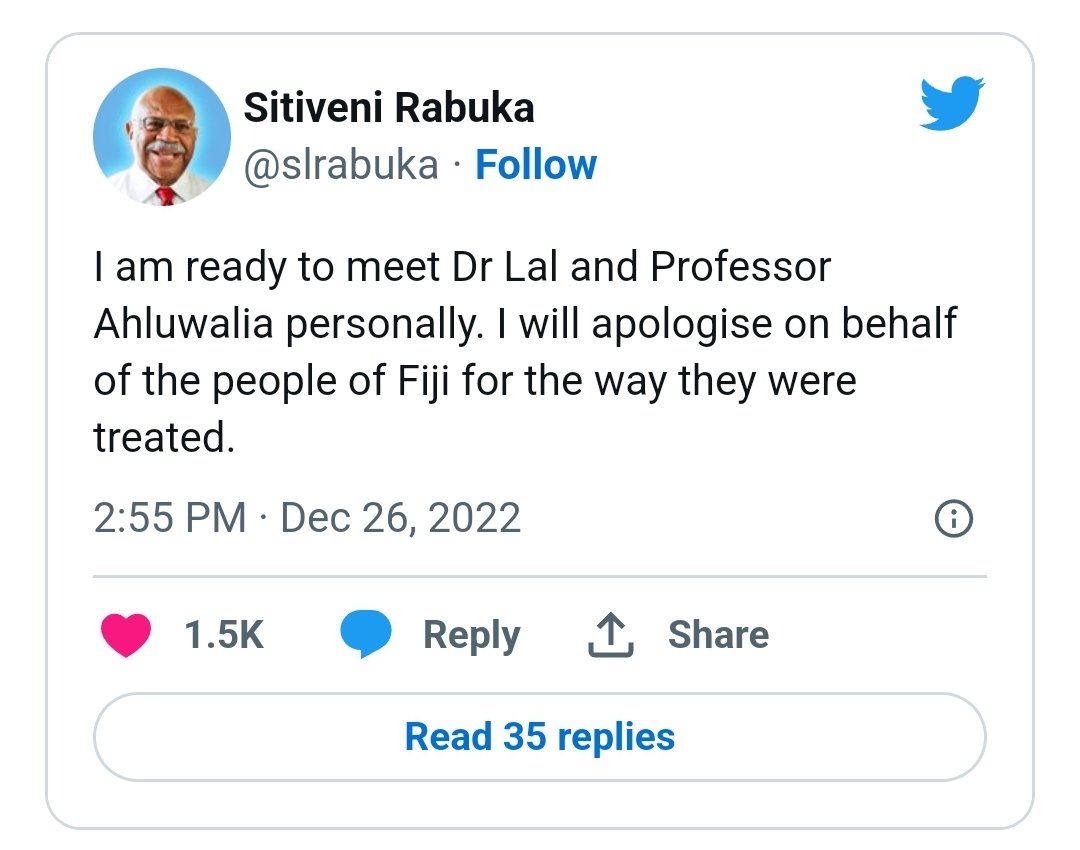 USP Vice Chancellor, Professor Pal Ahluwalia has been working out of the Samoa Campus at Alafua since December last year.

Speaking to The Fiji Times from Los Angeles, the Vice Chancellor said he was thrilled with the decision, adding that Prime Minister Rabuka  when he was in opposition — made a commitment to pay Fiji’s outstanding debt to USP of $90 million dollars.

“It’s excellent news, not just for the Fijian students but for the entire region because the region has been carrying Fijian students for quite a while and there will now be a chance for us to do a lot of things that we have deferred and not been able to do, particularly issues around maintenance.”

“It also means we can now aggressively look for quality academic staff.”

Rabuka has also moved quickly to assist Dr Padma Lal, widow of the late Professor Brij Lal, to bring the ashes of the famed academic back home to Fiji from Australia. Dr Padma Lal had been refused entry to Fiji, along with her late husband.

For Dr Padma Lal, the ashes of her late husband will now finally be returned to his birthplace at Tabia near Labasa.

Christmas day 25 December marked one year since the passing of Professor Brij Lal. 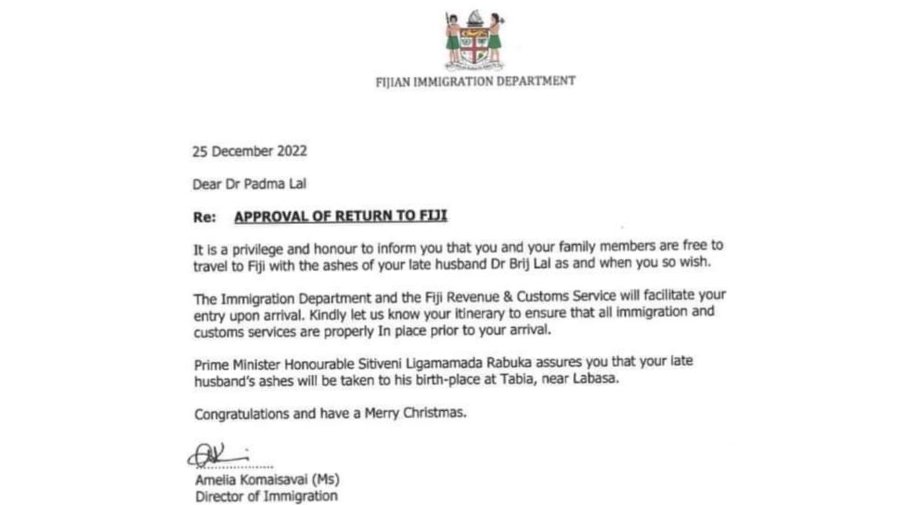 An immigration release was issued to Dr Padma Lal offering support to bring the ashes of the famed academic back to his birthplace from Australia.

Rabuka said prohibition orders against Dr Brij Lal and Dr Padma Lal, as well as Professor Ahluwalia were unreasonable and inhumane and should never have been made.

“I received a clarification today from the Department of Immigration that neither Dr Padma Lal nor Professor Ahluwalia were the subject of written prohibition orders,” Rabuka said at a press conference.

Professor Ahluwalia was exiled by deportation after a dispute with the Fiji government in February 2021. The Professor has since been working from Samoa.