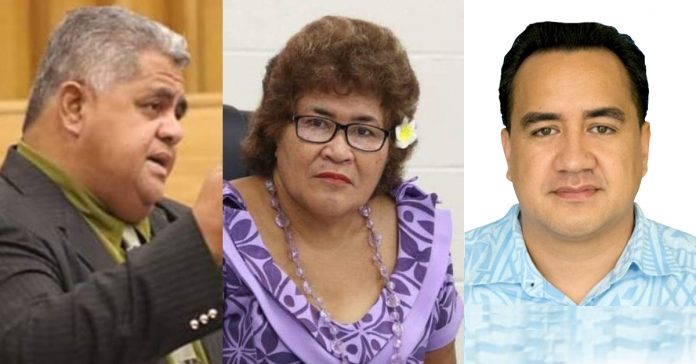 01 April 2020, Apia Samoa. Three companies have submitted tenders to supply a standby generator for the Tanumalala Prison, for which a provision of $300k tala was proposed in government’s first supplementary budget for 2019/2020 presented to Parliament in December 2019.

This week the Chief Executive Officer for the Ministry of Finance Leasiosio Oscar Malielegaoi told Samoa Global News that two local and one overseas company submitted bids for the supply of a generator for Tanumalala, at the close of tenders on the 10th of February 2020.

He said bids were currently being assessed by an Evaluation Committee comprising a representative each from the Ministry of Works, Office of the Attorney General, the Ministry of Finance and Prisons & Corrections.

He added that details of the winning tender can be made available after the Evaluation Committee’s assessment is considered by the Tenders Board, and Cabinet confirms the offer to the bidder that best meets compliance with technical specifications as well as cost.

The Inquiry in Parliament

The purchase of a standby generator for Tanumalala prison came under scrutiny when Member of Parliament for Gagaifomauga No. 3, Laauli Leuatea Polataivao Schmidt questioned the budgeted amount during a parliamentary debate on the supplementary budget in December last year.

Expenditure programs set out in government’s first supplementary budget estimates of the 2019/20 financial year included an additional $1,351,446 for “miscellaneous remaining works for Tanumalala” namely, “the completion of the road, water tank, standby generator and others“.

Within the breakdown of this $1.35 million, was $300k allocated for a standby generator.

In putting forward an inquiry into what he believed was an extravagant amount for a standby generator, the former Speaker of the House made a comparison to a generator he had recently purchased.

Laauli then asked the Minister of Finance and the Chair of the Parliamentary Finance and Expenditure Committee to reconsider the amount.

In response the Chair of the Parliamentary Finance and Expenditure Committee Aliimalemanu Alofa Tuuau told Parliament at the time, that the Prisons and Corrections Management had looked into three quotes and the amount budgeted for was based on the least cost, with specifications and requirements considered.

In an attempt to make his point, Laauli told Parliament that he could provide evidence that a 200KVA standby generator was less than ST100,000.

The Prime Minister who had interjected the debate several times that day, then requested evidence for Laauli’s claims and asked that this be tabled in Parliament.

In a quick turn of events, a query into an expenditure item during the tabling of a supplementary budget seemed to have backfired on Laauli.

The MP has since become the centre of an investigation that scrutinised the customs duty applied to his own generator which had been imported via the Freight Plus company.

On the 29th of February 2020 the Samoa Observer reported that a customs officer had been suspended after irregularities were allegedly found in the paperwork pertaining to the Member of Parliament’s generator.

The Parliamentary Finance and Expenditure Committee carried out an investigation into Laauli’s standby generator. The Committee has now finalised their report, ready to be tabled in Parliament. Members of the committee include its Deputy Chair Faumuina Tiatia Faaolatane Liuga, Namulauulu Sami Leota, Ili Setefano Ta’ateo and Toomata Aki Tuipea.

Speaking to Samoa Global News Laauli Leauatea Polataivao Schmidt says he has received the Committee’s report but does not accept it because he was never asked for a position.

He says his standby generator had arrived with other items such as furniture, outdoor BBQ and other household items for his family”s personal use. Aa such, he says the customs officer had assessed the import duty of his consignment as personal effects, and he had paid the amount assessed.

Laauli says it is an avoidance tactic for the Parliamentary Finance and Expenditure Committee to focus on him instead of responding to his very simple questions.

“First, why does the generator cost $300,000 and second, what were the three quotes received?”

To Tender and Re-Tender

In relation to her response in Parliament that the Finance and Expenditure Committee had already sighted three quotes, Aliimalemanu said the tender process has been carried out three times for the prison generator and what Leasiosio refers to, is the third tender.

She added that the $300,000 tala budgeted for the prison standby power was based on the amounts company’s had submitted in earlier tenders.

“Three quotes were received the first time however the requirements were not met such as a view from EPC. Advice was given to retender and to involve EPC”.

“When that second tender closed, only one company had submitted a bid, however it was received by the Prisons management after the due date. So further advice was given to retender again”, explained Aliimalemanu.

Minister: Farmers and Fishers Prioritised in any Budget Allocations to SAFPROM Project