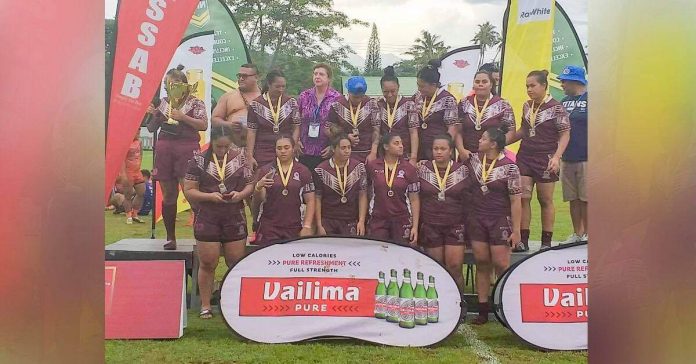 23 February 2019, Apia Samoa. Queensland Samoa have clinched a narrow win over a solid Apia Maroon side to be this year’s women’s champions for the Vailima Marist 9s held at the ACP Stadium Lotopa today.

The final was a close match with the visitors scraping in 14-12 over a gutsy performance from Apia Maroon.

The MVP of the women’s division was Taimane from RLS Queensland Samoa.

Her Excellency the High Commissioner of Australia to Samoa Sarah Moriarty presented the trophy.

According to the President of Rugby League Samoa Tagaloa Fa’afouina Su’a, the upcoming Pacific Games in July would be the first time that a women’s rugby league competition would be held.

The Vailima Marist 9s Tournament creates a platform for local talent to be identified for the upcoming World 9’s Tournament in October this year.