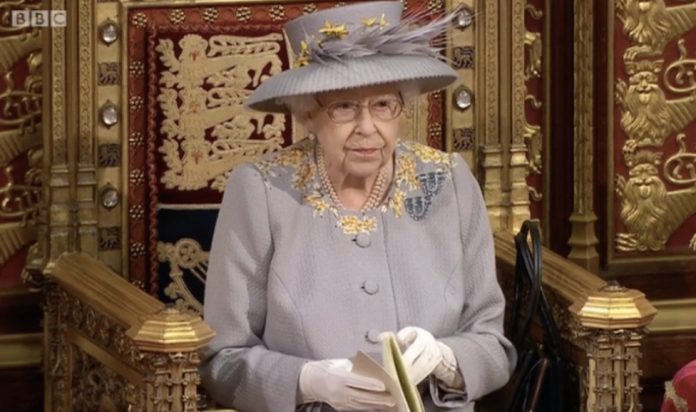 The 95-year-old monarch had previously been in contact with her son and heir to the throne, the Prince of Wales. Prince Charles tested positive on February 10 – two days after meeting his mother.

This is the second time Prince Charles would have contracted the virus. Buckingham Palace went into self-isolation in March 2020 when Prince Charles first contracted Covid-19. His wife, the Duchess of Cornwall Camilla Parker-Bowles also tested positive last week.

“Buckingham Palace confirm that The Queen has today tested positive for Covid,” said a statement from the palace. “Her Majesty is experiencing mild cold-like symptoms but expects to continue light duties at Windsor over the coming week. She will continue to receive medical attention and will follow all the appropriate guidelines.”

The Queen, who is turning 96 in April, is Britain’s longest serving monarch, having ascended to the throne at the age of 25 in 1952. She is the first British monarch to mark a platinum jubilee, signifying 70 years of service as the head of state. The event is due to be celebrated with a four-day bank holiday weekend spanning June 2 to June 5 this year.

Political figures from across the spectrum on Sunday sent messages of well wishes for a swift recovery. “I’m sure I speak for everyone in wishing Her Majesty The Queen a swift recovery from Covid and a rapid return to vibrant good health,” Prime Minister Boris Johnson wrote on Twitter.

Labour party leader Sir Keir Starmer said: “On behalf of myself and the whole of @UKLabour, wishing Her Majesty The Queen good health and a speedy recovery. Get well soon, Ma’am.”

London mayor Sadiq Khan wished the Queen a “swift and safe recovery”, adding: “The commitment Her Majesty the Queen has shown to our country continues to be unwavering.”

The news comes ahead of an expected announcement by the British Prime Minister on Monday that all coronavirus restrictions across England will be scrapped. The legal requirement for individuals to self-isolate following a positive Covid test will be removed, while testing provisions will be scaled back – all measures that have been criticised by some within the health community.

“We’re certainly not asking people to throw caution to the winds”, Johnson said to the UK media. “Covid remains a dangerous disease, particularly if you haven’t been vaccinated.”

The UK’s Covid vaccine campaign has shifted its focus to boosters – an attempt to reduce the impact of the Omicron variant.

Despite nearly 38 million boosters, or third doses, being given so far, the UK Health authorities continue to urge more people to come forward.  A vaccination programme of two-doses is being rolled out to all five to 11-year-olds.