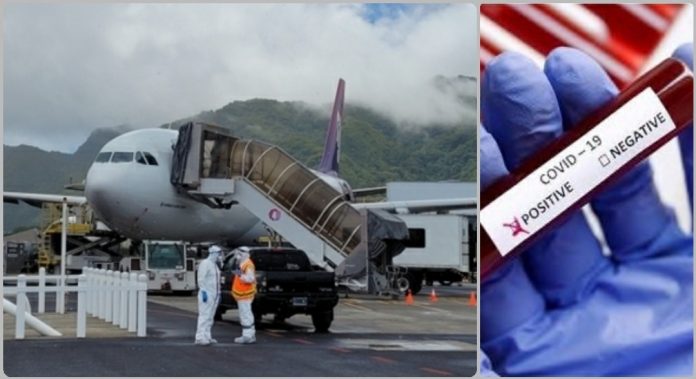 Sources within the American Samoa health department have confirmed that at least one quarantined passenger on a flight that arrived from Honolulu on Monday 13 September, has been tested positive for Covid-19.

“They’ve been moved from the quarantine site and into managed isolation at Tafuna last night.”

It is not known if it is the more aggressive delta variant of the coronavirus, however, an announcement is expected to be made today by Lieutenant Governor Talauega Eleasalo Vaalele Ale.

American Samoa’s Governor Lemanu Peleti Mauga was one of the passengers on the 13 September flight, and is currently under the mandated 10 days of quarantine.

Samoa Airways scheduled flights from Faleolo to American Samoa for today, Saturday 18 September 2021, have been cancelled.

Although there have been special repatriation flights into American Samoa, Monday’s arrival of 217 passengers was the first official commercial flight into the Territory since all Hawaiian Airline flights were suspended in January 2020; over a year and a half ago, due to the Covid-19 pandemic.

American Samoa had also registered a positive case of coronavirus back in April 2021. A male passenger arrived into Pago Pago with his family on a repatriation flight from Honolulu on the 15th April 2021. He returned a positive result the next day despite his records showing negative pre-departure tests in Hawaii. Similar to Samoa’s first case back in February 2021, the passenger had returned to full recovery after a period of managed isolation.

There were also three crew members on a container ship that entered the Pago port who tested positive for Covid-19 back in November 2020. In all such previous cases, managed isolation protocols proved successful.

In January this year the American Samoa Governor formed a special multi-agency taskforce, to monitor and implement border controls as they repatriate nearly 2,000 stranded residents.

At the time, Hawaiian Airlines Manager of local operations in Pago, Tuli Frean said border control protocols are stringent and all staff in contact with arriving passengers are in full PPE gear.

The task force comprised the State of Hawaiʻi, American Samoa’s Department of Health, Department of Homeland Security and Department of Port Administration, and Hawaiian Airlines to ensure all flights will operate safely and follow Centers for Disease Control and Prevention guidance.

“Each flight requires up to a month of planning”, Fruean shared at the time, “and passengers must complete an extensive pre- and post-travel testing and quarantine process to be cleared by the government before they are eventually reunited with their families”.

American Samoa has this week vaccinated over 60% of its eligible population. The Department of Health offers to coordinate free rides to vaccination sites every Wednesday and Friday for people needing transport.

Samoa’s only registered case of the coronavirus was also an overseas arrival who had been  in quarantine when tested positive. He was monitored and released to the community after full recovery.