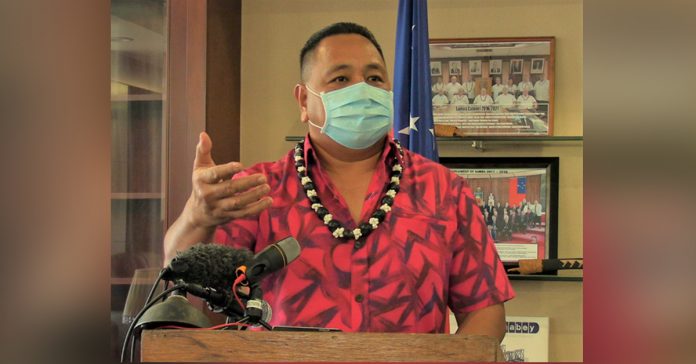 The following is an English translation of the Q&A with Media this week.

Q: Is it true that seafaring job opportunities are affected because of flights cancellation?

A: The claim is incorrect.  Bringing sailors home safely is the Government’s current priority through SSS. We will continue with the recruitment process at a later time.

Q: Are the sailors mentioned including those on cargo ships?

A: The 297 seafarers include 64 working on cargo ships, 232 on cruise ships and 1 under legal protection. All will be returned home.

Q: Who will be the financing agency for the return of seafarers?

A:  All travel expenses will be paid by the employers (the shipping companies) including port of transits as per employment legal contract.

Q: Is it true that seafarers now pay for their own meals onboard?

A: To clarify, the concern about meals is coming from only one ship, the MSC Seaside. Forty Seven (47) crew from two other ships were transferred on MSC Seaside to ease the disembarkation process for the proposed repatriation flight on the 27th November. The same 47 crew are currently unemployed and we are in negotiation with the shipping company if they can be granted a few hours of work while waiting for the humanitarian flight in six weeks’ time. In addition 185 crew are back to work to await their return home.

Q: Is it true that some of the seafarers are stranded at land after the flight was cancelled?

A: For the information of the public, all proposed crew for the cancelled repatriation flight are onboard and safe. All seafarers are also being covid19 tested on a weekly basis to ensure their safety.

Q:  For the 297 seafarers that will be returning home, how many have completed their contracts?

A: More than 200 have completed their contracts, only a few are yet to complete but some of those have requested to continue working.

Q:  How much income was estimated to be injected into the Samoa economy by seafarers this year?

A:  It was proposed that income earnings would be between 14 and 16 million tala.  We are confident that it won’t be long before new crew are back to work.

Q:  You mentioned that seafarers are being tested weekly, with regards to one sailor tested positive with the virus; were you aware that he contracted the virus before he came?

A:  In the beginning of the pandemic, there were seafarers affected with the virus around April, and the historical case was one of them.  We were informed by the company and the seafarers were well looked after and were discharged after recovery.  Their families were informed and also had direct contact with them.  It is also important to note that all sailors suspected to have contracted COVID19 have recovered.

Q: Out of the 297 seafarers returning home, how many of them were affected by the virus?

A: There were only 5 seafarers that contracted the virus right in the beginning of the pandemic around April – May.  And there were no other cases after that.

Q: Are those 5 affected coming on the 22nd Jan flight?

A: Yes, that’s the plan; and we are also aware that there are new requirements by the health authority that if you contracted the virus before you might be held back for treatment and further tests before you can come home.  We are still in discussion on that issue.

Q: One of the Health requirements is that you can’t come home 6 and fewer months after contracting the virus, how did that one sailor manage to come home?

A:  That is a new health restriction introduced a few days ago; the company has been informed and discussion is in progress for medical tests.

Q: Was there a response from the company with regards to hours of work for those currently unemployed?

A: A few had been granted part time hours some 4 some 6 hours; importantly negotiation is under way for the 47 unemployed seafarers to be granted a few hours of work.

Q:  Is the shipping company compensating the remaining months of contracts for those with unfinished contracts?

No! This is because the contracts ended prematurely on the sailors choice and included in the employment contract terms agreed to between the company and the individual seafarer.

Q: Hasn’t the government or the company looked at compensation for the seafarers brought home because of the pandemic?

A: For everyone’s information, all seafarers were given a choice if they wanted to complete their contracts, or come home.  They were all given choices; and there’s no plan for any compensation at this point.

Q:  Are there any Samoan sailors who still want to work and won’t be coming?

A: There’s only one Samoan sailor who continues to work.  He’s married to a Hungarian and does not want to come home.