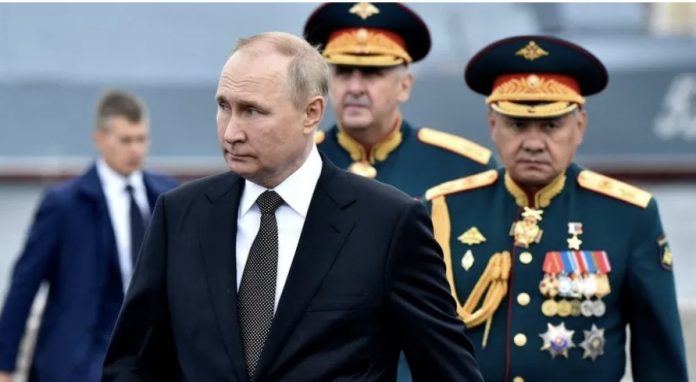 Russia’s president has signed a decree which could see 137,000 service personnel added to the country’s armed forces in the coming months.

Currently Russia has a limit of just over a million military personnel and almost 900,000 civilian staff.

Vladimir Putin’s decree comes amid a recruitment drive around the country, with large cash incentives on offer.

Western officials say 70-80,000 troops have been killed or wounded since Russia invaded Ukraine six months ago.

There have been reports that recruiters have even been visiting prisons, promising inmates freedom and money.

The UK Ministry of Defence said in a statement two weeks ago that volunteer battalions being set up in several Russian regions were likely to form part of a new army corps.

But it said “very limited levels of popular enthusiasm for volunteering for combat in Ukraine” meant it would be difficult to find the required number of troops.

Russia had initially promised a short, decisive campaign when it invaded Ukraine in February, but fierce Ukrainian resistance has stalled its progress and in recent weeks front lines have hardly moved.

The decree, published by the Russian president’s office (in Russian), stipulates that “the numerical size of the Armed Forces of the Russian Federation should be set at 2,039,758, including 1,150,628 military personnel”.

Currently the limit is set at 1,013,628 military personnel, though the actual number before the start of the invasion was thought to be closer to 900,000.

The decree asks the government to provide funds from the federal budget for this purpose. It will come into force on 1 January 2023.

However, it is not clear whether numbers will be increased by recruiting more volunteers or broadening conscription.

Currently Russian men aged 18 to 27 are subject to the call-up, although many are able to avoid or reduce the term of their service – usually one year – through medical exemptions or by enrolling for higher education.

Russia initially denied sending conscript soldiers to Ukraine, but several officers were disciplined after cases came to light of conscripts being forced to sign contracts and in some instances being taken prisoner.

Under Russian law, conscripts are required to undergo four months’ training before being sent to the war.