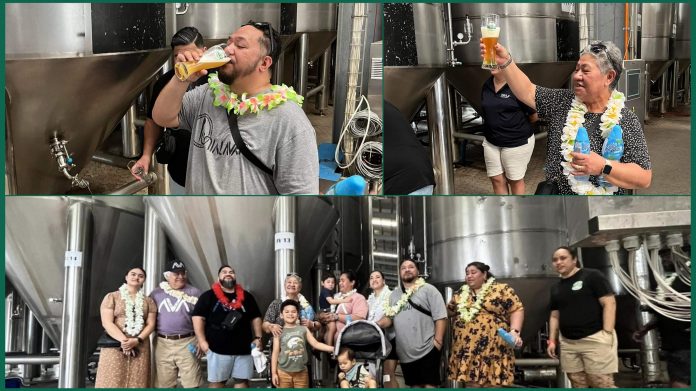 Award winning Samoan music group, Punialava’a, arrived into Samoa yesterday and one of their first stops was a factory tour of Taula Beverages. 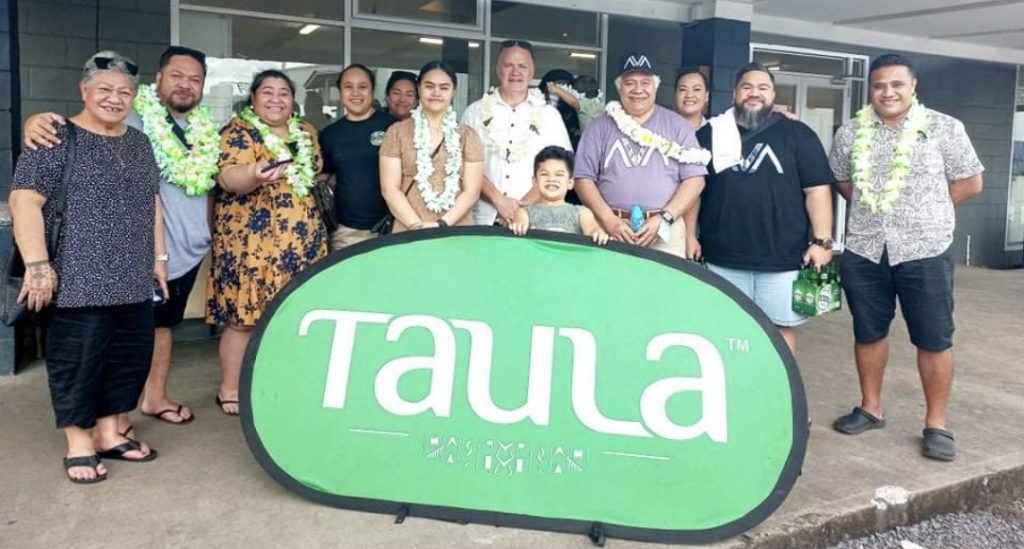 Punialavaa’s Nanai Manutoipule Viellani Peteru got to pour a glass of Taula straight from the storage tanks.

“It doesn’t get any fresher than this!”

Speaking to Samoa Global News, Nanai said Taula Beverages is one of the key partners in support of their newest album, “Tagi le Atunuu Pele”.

“This has been a great experience for us today, we are so proud to be affiliated with Taula, the brew of Samoa!”

Taula Beverages Managing Director, Taimalieutu Charlie Westerlund said the promotion of Samoa is a common goal they have with the respected family of musicians.

“Punialavaa is a beautiful family of talented artists. They successfully and passionately promote Samoa internationally. We have been privileged to work with them in the past, and we are honoured that we can do so again in this season, for celebration of Samoa’s 60th Independence year..”

Taimalie says Taula will continue to work with Punialavaa in the future and called for support of this Saturday’s live concert at Lava Hotel.

“We encourage everyone and all local businesses to support and join the fun watching and listening to this iconic band – it is a proud moment for all Samoans,” adds Taimalie.

For over five decades and three generations, Punialavaa has written dozens of hits and seen many well known artists cover their songs over the years.

Nanai says they were going to return immediately after this weekend’s concert, but due to flight availability, the family will now be staying on in Samoa for two weeks.

He performed with his parents until 1968 when they recorded their first song.

Then together with friends, Reverend Peteru wrote and produced hits during the 1970s that were played by the Samoa National Broadcasting Service, and the rest is history.

The group has changed members over the decades, but the music and lyrics stay true to the heart of Samoa and Pacific culture.

Today, the children have taken up the mantle and Nanai, as the eldest, takes the lead.