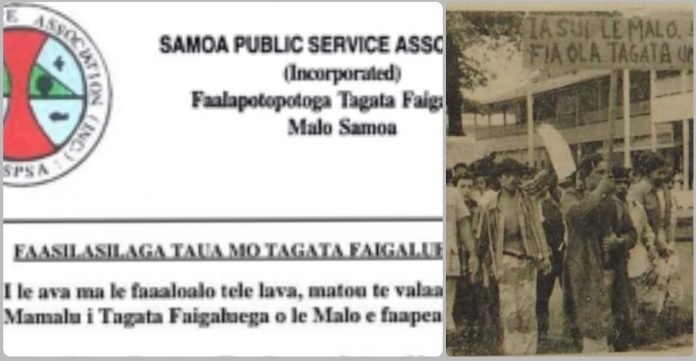 The Samoa Public Service Association (PSA) has issued a formal notice inviting all public servants to attend a meeting this coming Saturday 4th September at the Tu’utu’uileloloto Hall in Apia at 9am.

The public notice is signed by the President and Board Members of the PSA.

At the same time an unsigned  Open Letter to the Prime Minister which had circulated on social media over the weekend has reached Prime Minister Hon Fiame Naomi Mata’afa.

This was confirmed by PM Fiame at her post-cabinet press conference. The Prime Minister confirmed she has now formally received the letter outlining concerns of the public sector and says she will need time to review the issues raised and respond.

“The letter although widely publicised beforehand, has now reached my office with a request for a meeting (feiloaiga)”, confirms the Prime Minister who adds that a response will be prepared to address the issues raised.

Fiame gave her assurance the FAST Government was not out to axe Chief Executive Officers or heads of Ministries and State Owned Enterprises.

Fiame also confirmed that a signed petition accompanied the letter, however, said more more information was being sought on this.

Meantime two of those who signed the public service petition told Samoa Global News they have done so in support of CEOs and staff who may be removed by the FAST government.

“The petition was distributed and given to all public servants if they wanted to sign it. We weren’t forced. We signed on our own free will”.

“I signed it because I am opposed to the decisions made by the new government to terminate various CEO’s recently,”

“I’ve signed it because I believe that a person should be terminated with a valid reason and proper grounds for such a decision,” she added. 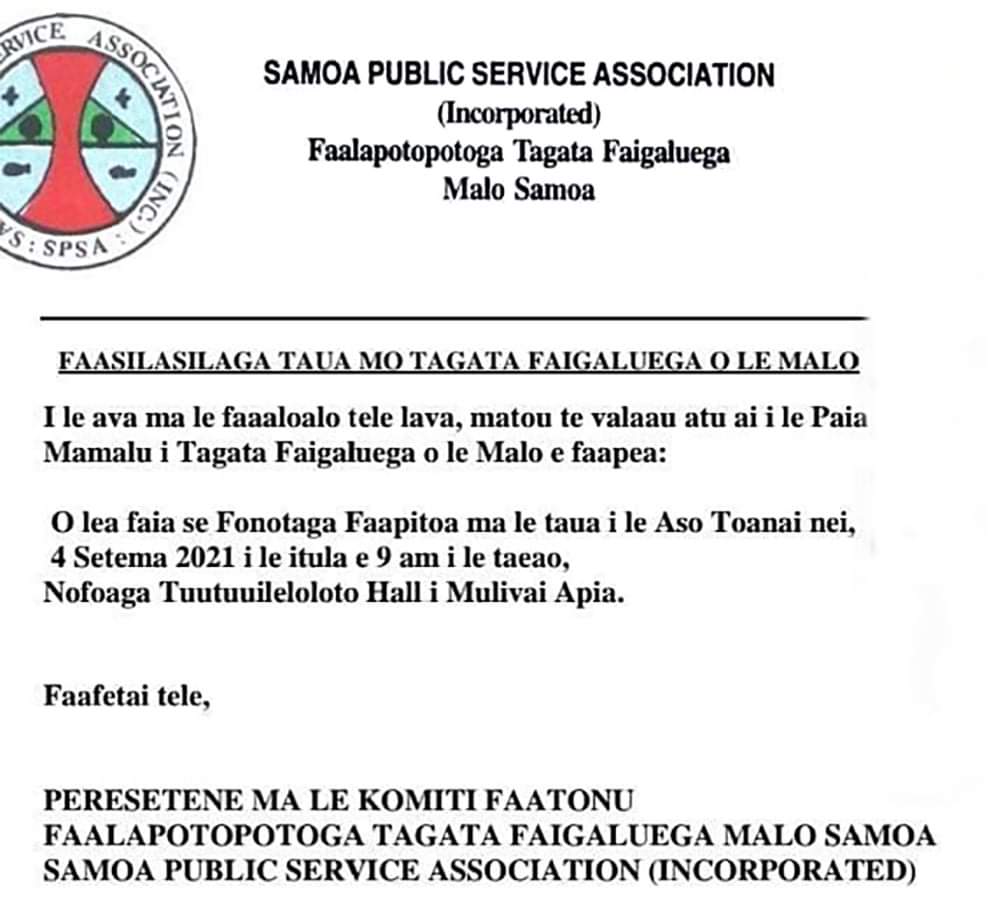 The President of the Public Service Association (P.S.A) since February 2016 is Mrs Karamellie Siagiagi Tuala. The Samoa PSA is a workers union that exists to fight for the rights of all public servants.

Each payday most public servants still have their pay deducted by the compulsory $2 tala that goes towards the work of the association.

In 1981 PSA led organised protest marches in Samoa to fight for wages and work conditions of the public servants. The PSA street demonstrations of the time supported strikers including teachers – who stayed out for three months and were dismissed en masse by the government.