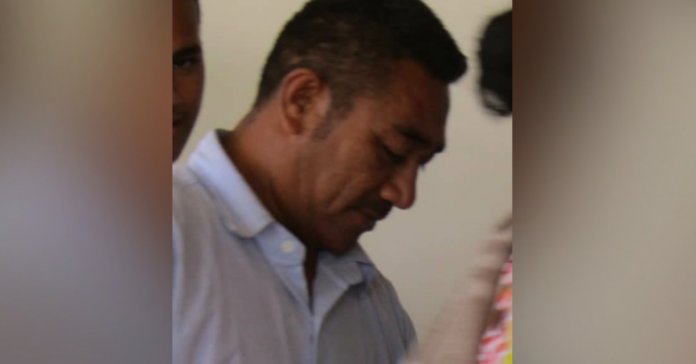 Prosecution have amended their application for the sentencing of a man who caused the death of his wife. Last week they requested a non-custodial sentence, however, this week, the application was amended to jail time with a starting point of 6 years.

Sosene Liona, 50, has pleaded guilty to manslaughter. According to police he slapped his wife once causing her to fall and sustain injuries which led to her death.

In July  last year, Mrs Ifea Liona was taken to Lalomanu District Hospital after she had been assaulted by her husband  She was transferred to Motootua National Hospital where the mother of four died a few days later. There has been no mention of a post mortem or coroner’s report thus far in this case.

Villagers and neighbors have told Samoa Global News that beatings were a regular occurence in the Liona household and Ifea Liona had been a victim of domestic violence for many years.

Sosene Liona was first charged with causing injury after assaulting his wife at their Lalomanu home in July 2019. The charges elevated to murder when Mrs Ifea Liona, 52, died five days later at Motootua hospital from her injuries. Prosecution then downgraded the charges to manslaughter,  to which Liona pleaded guilty through his lawyer Mauga Precious Chang.

Sosene Liona was then scheduled to be sentenced by Chief Justice Satui Simativa Perese, however, the CJ declared a conflict of interest and ordered the matter to be heard by another Judge.

The Chief Justice declared a potential conflict of interest in relation to Reverend Etisone Gafa of Lalomanu EFKS, who had been a previous client of the CJ, prior to his appointment to the bench. Reverend Etisone had provided a character reference and information about counseling services for the accused.

When Sosene appeared before Justice Fepuleai Ameperosa Roma for sentencing last week, prosecutors sought a non-custodial sentence on the basis that the assault by Sosene was a single slap.

Justice Roma adjourned the matter further, allowing both parties to consider the new information about the accused’s previous conviction.

This Week in Court

Prosecution have now amended their application, recommending a custodial sentence with a starting point of 6 years. They have also quoted a previous similar case, Police vs Mauola Taumaloto to support their application.

Referring to Police vs Mauola Taumaloto Justice Roma said, “..that case also involves a slap, just like this case, and in that case prosecution recommended a custodial sentence with a starting point of a nine years….which is a complete contrast to your earlier recommendation of a non-custodial sentence.”

Justice Roma has adjourned the matter to Wednesday the 5th of August for sentencing.

Community Notice: Domestic Violence is a crime. If you or someone you know is being abused, please call Samoa Police Service Domestic Violence Unit on Ph 22222 or the Samoa Victim Support Group Hotline on 800-7874. Abuse comes in many forms including Physical, Psychological, Emotional, Threatening Words, Put-Downs and Name-Calling, as well as Sexual Abuse and Financial Abuse.