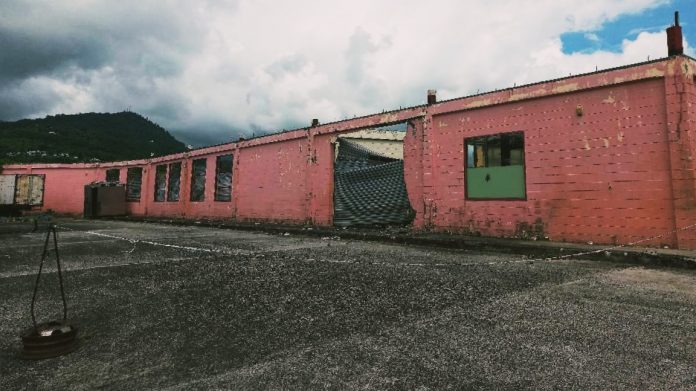 5 May 2022, Apia Samoa.  Samoa’s longest serving wholesalers, Chan Mow Co Ltd, have moved ahead with a multi-miillion tala lawsuit against the Progressive Insurance Apia Company and its director, claiming an unpaid insurance pay-out from a claim relating to the 2016 fire that completely destroyed the wholesale’s storage facility at Togafuafua.

Speaking to Samoa Global News, Chan Mow’s lawyer, Travis Lamb, said the amount of $5.9 million is made up of a $4.9 million tala balance from a successful insurance claim which had been accepted by Progressive Insurance, and an additional $1 million for costs incurred by Chan Mow due to the long delays of the insurance settlement.

“The actual claim against Progressive Insurance and now against its director, Murray Drake is $5.9 million,” said Mr Lamb.

Mr Lamb said he could not speak to their submissions which are now before the Supreme Court, however, he could clarify that the successful claim was for over $9 million tala, of which only half has been paid by Progressive.

According to Mr Lamb, his client is alleging that Progressive was never in a position to pay out the claim in full. After several bulk payments, an agreement was reached, for $50,000 tala to be paid each month until the balance was paid off.

Those monthly repayments were not honoured, and there is a balance of $4.9 million tala still owing from the original insurance claim, plus the additional $1 million for interest and administration costs. That is what Chan Mow now seeks.

In October last year, almost five years after the fire, while Chan Mow Company Ltd and Progressive Insurance were locked in a Supreme Court battle over the ongoing unsettled claim, the insurer filed for voluntary liquidation.

The Central Bank of Samoa which also houses the Office of the Insurance Commissioner, issued a statement in October 2021 that Progressive Insurance had chosen to enter into ‘voluntary liquidation’, further stating that it was ‘prudent’ for the insurer to do so, upon the realisation that they could not meet creditors’ claims, including client claims of those insured with the firm.

In the same press release, the CBS states that their statutory duties to supervise the insurance firm ceased when their license was cancelled in September 2021.

“When the cancellation notice was issued by the Central Bank on 29 September 2021, it was at this point in time that the legal mandate of the Central Bank to legally supervise Progressive Insurance ceased to exist,” read the statement.

CBS further confirmed in that release that a New Zealand Resident Liquidator, a Mr. David Ross Petterson, was appointed to oversee the winding up of the insurance firm.

The Liquidator files an Affidavit

Samoa Global News has obtained a copy of a 5-page affidavit filed by the liquidator, Mr David Petterson, where he states that there is no money, and he himself, as liquidator, cannot be paid.

According to the liquidator, Progressive Insurance were trading insolvent in 2018, three years before the firm went into voluntary liquidation in September 2021.

The information contained in the liquidator’s affidavit contains damaging observations about how Progressive Insurance was allowed to continue operating, given the monitoring role of the Insurance Commissioner.