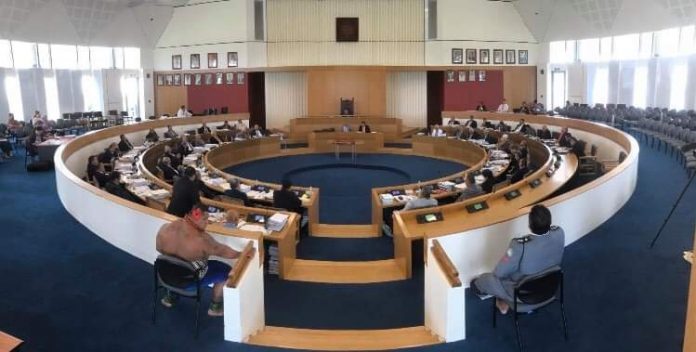 The Clerk of the Legislative Assembly has confirmed the programme for the official opening of Samoa’s XVIIth Parliament.

Tiatia Graeme Tualaulelei says over 500 invitations have been sent out, including 5 invitations gives to each of the 51 elected Members of Parliament.

Archbishop Alapati Lui Mataeliga, appointed the second Archbishop of Samoa upon the retirement of Cardinal Pio Taofinu’u in 2002, will lead the official church service after the swearing in of the Prime Minister.

The Prime Minister will name her Cabinet Ministers, whom will also to be sworn-in on Monday morning.

The proclamation to convene the XVIIth Parliament of Samoa was finally issued by the Head of State Tuimalealiifano Vaaletoa Sualauvi II yesterday afternoon after the Court of Appeal dismissed an application for stay of a Supreme Court decision that disallowed a 52nd MP.  If the seat of Aliimalemanu Alofa Tuuau had not been declared void, Samoa’s Parliament would have been hung, forcing the Head the State to call fresh elections.

9:00am – Honourable Members and Guests Seated