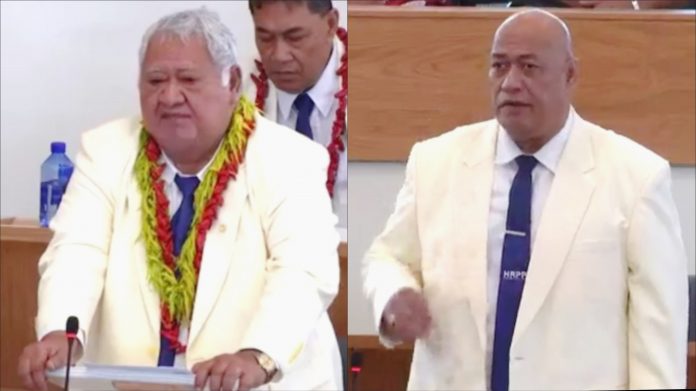 The recommendation of the Privileges and Ethics Committee were tabled in Parliament by Committee Chairman Hon Valasi Luapitofanua To’ogamaga Tafito, immediately after the swearing in ceremony of Head of State, His Highness Tuimalealiʻifano Vaʻaletoʻa Sualauvi II.

In presenting the recommended 24-month suspension, Chairman Valasi said the committee had considered a period of 36 months, which was dropped down to 24 after considering the five months that has already passed, and Lelailepule’s apology in Parliament.

He also purported to list the privileges that would be stripped of Samoa’s former Prime Minister of 22 years, and veteran MP Lealailepule:

“Le mafai foi ona iai se avanoa e fesili i se vaega pe manaomia foi se faamalamalamaga – Not permitted to ask any member of the committee for clarification as to the decision or recommendation tabled.

Samoa’s longest serving Prime Minister and HRPP party secretary, Hon Lealailepule Rimoni Aiafi were suspended without pay and for an indefinite period of time, following a recommendationn of the Privileges and Ethics Committee in May 2022, that they had breached parliamentary privileges after being found guilty of contempt of Court for public remarks made during the 2021 political crisis.

Parliament’s decision arose in response to a formal letter of complaint against Tuilaepa and Lealailepule was filed by Deputy Prime Minister Hon Tuala Tevaga Ponifasio.

Tuilaepa and Lealailepule sought refuge with the Supreme Court, who overturned Parliament’s decision and ruled the process taken as unconstitutional.

“As of Wednesday 01st September 2022, Tuilaepa and Lealailepule are no longer suspended from Parliament” reads the Court decision.

The Court declared the decision to suspend the two MPs void because they were not given the right to be heard before the penalty was handed down by Parliament.

The Supreme Court found that by not giving the opposition MPS a chance to be heard, Parliament infringed on Tuilaepa and Lealailepule’s constitutional rights to natural justice under Article 9(1).

In the same decision, the Supreme Court had urged Parliament to uphold its Constitutional duty to allow those accused, the right to be heard as to penalty, before a penalty is decided and handed down.

“The role of a strong and well functioning opposition is an important part of Samoa’s democracy,” the Supreme Court had also reiterated in its decision.

This morning marked the first time Samoa’s former PM of 22 years and veteran MP Lealailepule had entered Parliament since their first suspensions five months ago.

In addressing Parliament, Tuilaepa said the decision was somewhat pre-determined, as he had already received a letter from the Privileges and Ethics Committee, outlining their intentions.  “The decision came to us first, before it was tabled in Parliament today.”

The former Prime Minister was subdued in his address, and called on Parliament to consider the time already spent in suspension, as well as the embarrasment of being suspended, as penalty enough for them.

He said the suspension has been felt (a lea ua tau le ta), especially in being a senior member of Parliament, made to face an indefinite suspension as they had been given.

The leader of the opposition said the use of this phrase was a put-down that removed any dignity left in an MP, but they drank the cup of humility and waited patiently, without being able to respond (words of Samoan oratory).

Leailepule also spoke, and again apologised before Parliament, and asked for the spirit of forgiveness, quoting Jesus sermon on the mount used by the Catholic priest Fr Anthony Mataia Eropa when he opened the morning’s session. 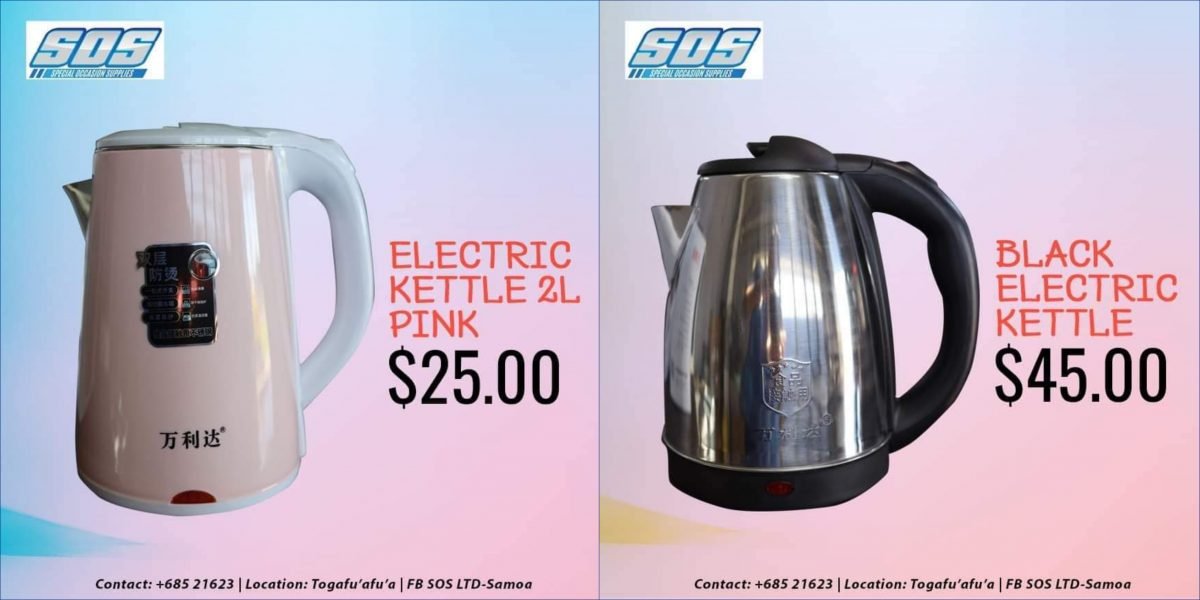 Addressing the Chairman of the Committee, Lealailepule referred to recent consultations they had, and said he had left confident that the committee would consider their pleads that their five months suspension has been well and truly felt.

Lealailepule asked Parliament to consider that Samoa’s democracy includes its cultures and traditions.

He asked forgiveness of his Constituency, and thanked them for being uncontested at the last general election.

Holding back tears, Lealailepule thanked his friends and family, his wife and his children for their unending support.

Lealailepule ended by quoting the words of the Head of State at his swearing in, calling for peace and forgiveness between members of parliament.

Parliament went into recess at 1pm, to resume at 3pm for a session that will continue to 7pm.