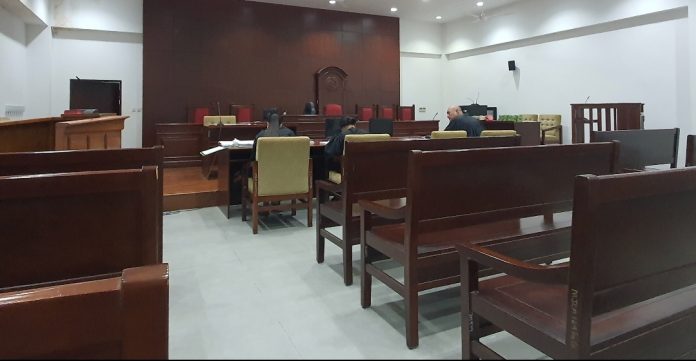 24 August 2020, Mulinuu, Apia. A Principal Officer of the Audit Office appeared before Chief Justice Satiu Simativa Perese and pleaded not guilty to fraud related charges filed against him by police.

Afa Lesa appeared on behalf of defense counsel Lefau Harry Schuster to enter the not guilty pleas on behalf of Tovio, who is the son of Associate Minister of Natural Resources and Environment (MNRE) Taefu Lemi Taefu.

Fuifui Ioane appeared for prosecution and the Court has adjourned the matter to the week commencing 19 April 2021 for a 2-day trial.

Amendments to Electoral Act Will Not Affect Upcoming Elections