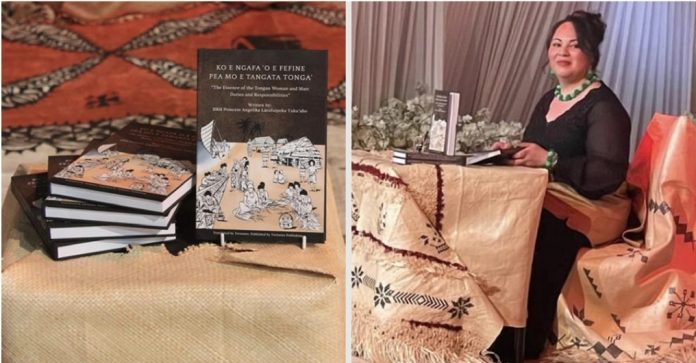 In a statement on Saturday, the High Commission of Tonga in Canberra said the book is a cultural manual for Tongans, titled: Ko e Ngafa ‘o e Fefine Pea Mo e Tangata Tonga or The Essence of the Tongan Woman and Man: Duties and Responsibilities.

Written in the Tongan language and translated into English, the book shares insights from the Tongan Royal family, as custodians of Tongan traditions.

The Princess is the daughter of King Tupou VI and Queen Nanasipau’u. Her brother, Crown Prince Tupouto’a ‘Ulukalala, the guest of honour at the launch event, was presented with a signed book.

The program started with performances of songs and dance presented by the Princess’s Ngafa Theater Production, and the Princess read her book’s foreword to the audience. Guests included Louise Waterhouse, Tonga’s Honorary Consul-General and local Liverpool Council members.

The book was published by Twinnies Publishing, a new imprint registered in Greenacre, NSW, Australia, by Ana Kautoga, who started by publishing children’s books for her Tongan family