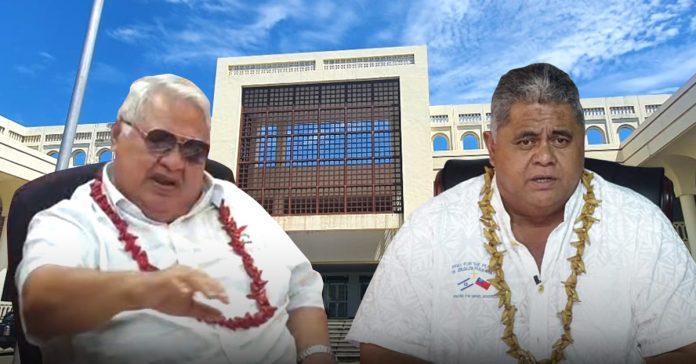 12 December 2020, Apia Samoa: The Fa’atuatua i le Atua Samoa ua Tasi – FAST Party has issued a press release in response to statements made by Prime Minister Tuilaepa Dr Sailele Malielegaoi earlier this week about an unnamed member of the Samoa Judiciary.

“FAST takes a fervent stance in defence of the country’s Judiciary following comments by the Prime Minister in the media this week that the Party considers inappropriate as they are designed to influence and compromise the Judiciary’s independence”, reads the statement by Samoa’s newest political party.

In an interview on TV1Samoa earlier this week, the Prime Minister alleges that an unnamed Justice of the Supreme Court had failed to hand down a written decision for one of the recent electoral challenges where a candidate had been disqualified to run.

The Prime Minister said on national television that the Judge needed to be referred to the Judicial Commission for review.

FAST party leader La’aulialemalietoa Leuatea Polata’ivao says such comments are unwarranted from a leader of this country.

“They are a direct attack on the independence of the Judiciary”, said Laaulialemalietoa.

The FAST leader goes on to reiterate the importance of separation of powers between the three arms of Samoa’s democratic structure.

“This is why the separation of powers is so important to ensure the three branches of our democracy are independent from each other;

“Judiciary independence is crucial because it makes government accountable for their actions. If people are wronged by the government, they have no other avenue to address their wrongdoing but to seek the Court to address the wrongs done to them. If the Judiciary’s independence is not guaranteed, the Court will become fearful of making the right decisions and the people are the ones who suffer.”

La’auli also expressed his grave concern that the Executive will directly influence the Judiciary’s independence through the appointment of future Judges if the 3 controversial bills awaiting their third reading, become law.