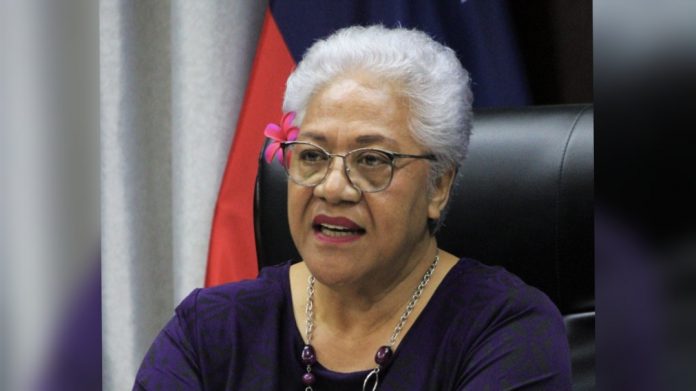 Monday 2nd May 2022, Apia Samoa.  In a special address to the nation this afternoon Prime Minister Fiame Naomi Mataafa has said Samoa’s international borders will be open in the coming months, as early as August-September.

In announcing the further lifting  of Level 2 restrictions, the Prime Minister said this would include the, “opening of international borders in August – September 2022”.

Other relaxed restrictions include the National University of Samoa to resume classes as planned for early this month, while Secondary, Primary and Early childhood education in schools will gradually reopen during May.

Dates for the re-opening of schools will be based on Cabinet’s consideration of a scheduled plan from the Education Sector for the resumptions of all schools.

Business opening hours are now extended from 6am to 10pm from Monday to Saturday with the curfew starting from 11pm to 6am of the next day, where only authorized personnel vehicles are allowed on the roads.

Sunday business hours will still start from 12pm, but now extended to 10pm at night.

Also under the relaxed Level 2 SOE rules, international flights will resume from May, for all Samoan citizens travelling from overseas to Samoa, “for various purposes and all those who are contracted  to work in Samoa..”

Prime Minister Fiame said Cabinet had considered recommendations from the Disaster Advisory Committee and the deliberations took into account the current status of Samoa’s efforts to contain the spread of the virus and to minimize the severity of cases through the continuing drive for vaccinations.

“Critical to this decision are the current rates of our vaccination program, amendments to quarantine conditions and the opening of borders of our neighboring countries like Australia and Fiji as well as New Zealand in October this year,” said Fiame.

It has been 7 weeks since the detection of Samoa’s first community case transmission on March 17th 2022. The latest figures from the Ministry of Health, as at last Thursday 24th April 2022, confirms that our total number of positive cases both in the community and those detected at the border is 9,592.

There were 73 cases found at the border upon arrival in Samoa and 9,512 confirmed community cases since the 17th of March. The Ministry of Health also confirmed 3 new deaths over the last 48 hours taking the numbers of deaths to 19.

Out of 202 patients admitted to the isolation wards at Motootua hospital, most have been discharged.

About 65,949 Rapid Antigen Tests have been administered.

As of Thursday last week, 11 patients are in isolation wards and one in the ICU.

“Our vaccination rates are commendable,” said the Prime Minister.  “Our efforts are continuing well through the leadership of the Ministry of Health working closely with the Disaster Advisory Committee and our Communities”.

“The second dose for all children from 5 to 11 years old will commence this week following the receipt of pediatric vaccines from donors over the weekend..

“The severe symptoms of the virus have been felt all over the world and have resulted in hospitalization and deaths,” said the Samoa Prime Minister.

“We have experienced similar outcomes in Samoa, the lives of 19 people have been lost due to Covid-19 related complications and this is a sad reality of the virus..

“On behalf of the Government I extend our deepest condolences to the families, relatives and children of those who have lost their battles to Covid-19, may you all be comforted in your loss of loved ones”.

The Prime Minister concluded that details of these amendments to Samoa’s State of E.mergency orders will be communicated through the usual Government media platforms.