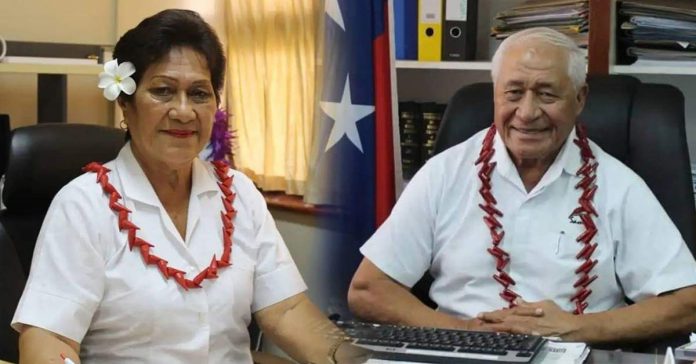 24 April 2019, Apia Samoa. Prime Minister Tuilaepa Dr Sailele Malielegaoi has announced a reshuffling of Cabinet portfolio responsibilities that includes the direct swapping of the Minister of Health with the Minister of Women Community and Social Development.

There are 6 key changes in the reshuffle, with the most notable being a swap between Minister of Health Dr Tuitama Talalelei Tuitama who moves across to the Ministry for Women, Community and Social Development while Hon Faimalotoa Kika Stowers replaces him as Samoa’s new Minister of Health.

The reshuffle effective next Monday 29th April brings the traffic division of the Lands Transport Authority (LTA) back under the Ministry of Police which also has a traffic division.

Samoa’s Planning and Urban Management Agency (PUMA) set up to oversee the development, management and protection of land moves away from the Ministry of Natural Resources and Environment to come under Hon Papalii Niko Lee Hang with the Ministry of Works Transport and Infrastructure.

The press release states that it is timely for these changes to be made as Government is “in its second spell of this parliamentary term”.

The changes come exactly 3 years after the last general election and 2 years away from the next.

Managing workloads, spreading responsibilities and providing new experiences and challenges for Cabinet Ministers were given as reasons for the Cabinet reshuffle.

A press statement signed by Agafili Shem Leo as Secretary to Cabinet goes on to state that the Prime Minister considered “the importance of maintaining a balance of Cabinet Ministers’ duties and responsibilities to ensure that they are not overloaded with multiple portfolio responsibilities“.

It continues, “The Prime Minister noted that while Cabinet Ministers are expected to shoulder the weight of their portfolio responsibilities, it is very crucial that careful consideration must be given to the depth and intensity of each Minister’s workload. A new portfolio and responsibility will provide new experiences and challenges“, reads the press release.