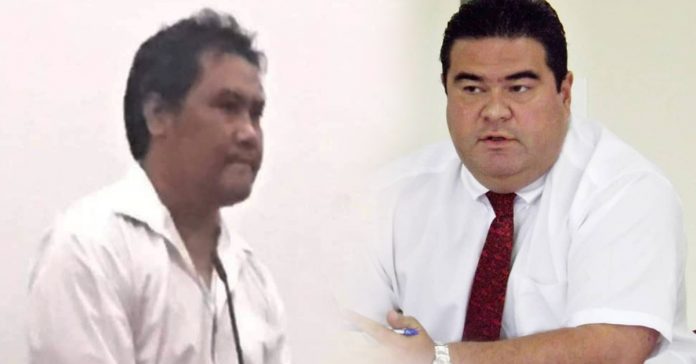 27 March, 2019. Justice Tafaoimalo Leilani Tuala-Warren has ruled to allow as propensity evidence  previous alleged assaults of a deceased woman by her husband accused in a murder trial.

Justice Tuala-Warren stated in her decision delivered earlier today that, “such evidence is admissible as relevant background evidence of the relationship between the accused and the deceased.”

Attorney General Lemalu Hermann Retzlaff leads the prosecution for the trial of Kolani Junior Lam, the man behind the alleged murder of his wife and former CEO of the Unit Trust Of Samoa, Sa’u Justina Sa’u.

Lam has pleaded not guilty to charges of murder with alternative charges of manslaughter, common assault in respect of his step-daughter, possession of narcotics and conspiracy to defeat the cause of justice.

In a hearing held last month, prosecution had also submitted an application in relation to an alleged strangulation in 2016 involving the accused. Justice Tuala-Warren also declared that incident admissible as propensity evidence.

The decision by Justice Tuala-Warren comes during a week where Samoa is currently hosting a conference of the Pacific Island Law Officers Network (PILON) themed, “Quality Evidence without Re-Victimisation” to discuss ways to promote special measures for vulnerable sexual and gender-based violence complainants.

An application by defense counsel was also before Justice Tuala-Warren, requesting a judge only trial, claiming that the independence of assessors selected randomly from the public would be tainted by widely publicised media reports about the incident.

“The application for this trial to be heard before Judge is declined,” said Justice Tafaoimalo.
“It will be heard by Judge sitting with assessors”.

“The following charges will all be heard before Judge sitting with assessors; murder with alternative manslaughter, assault, and conspiring to defeat justice.”

On the charge of narcotics brought by prosecution against Kolani Lam, Justice Tafaoimalo says Mr. Lam will have a separate trial with judge only on that matter.

“On the severance application I order severance of the charge of possession and use of narcotics;
“The accused will be tried separately on the narcotics charge and pursuant to section 6(4) CPA, it will be tried by a Judge alone.”

The matter was then referred for mention next week for the Court to set a hearing date, however, counsel for the defense has indicated an intention to appeal the decision of Justice Tuala-Warren.