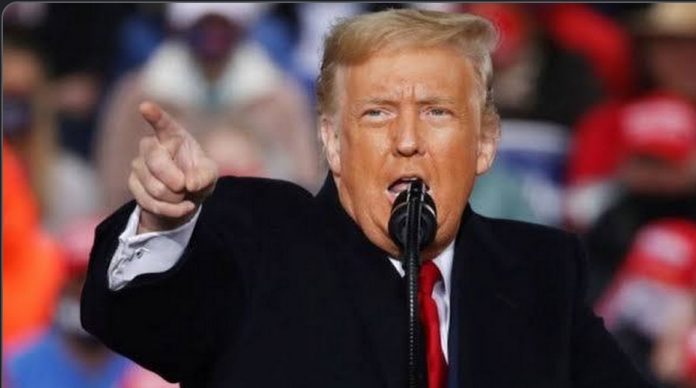 The social networks had originally imposed a 24-hour ban after Trump supporters attacked the US Capitol, however, Facebook’s chief Mark Zuckerberg has confirmed they have suspended the US President’s account for at least two weeks – and possibly indefinitely.

Mark Zuckerberg wrote that the risks of allowing Mr Trump to post “are simply too great”.

In a video posted to Facebook, Twitter and YouTube, Mr Trump told the rioters attacking the seat of government “I love you” before telling them to go home. He also repeated false claims about election fraud, repeatedly stating the elections have been “stolen.

The largest social networks stepped in and each took action against the president’s accounts in the wake of the violence.

Mr Zuckerberg said Facebook had removed the president’s posts “because we judged that their effect – and likely their intent – would be to provoke further violence”.

He said it was clear Mr Trump intended to undermine the transfer of power to President-elect Joe Biden.

“Therefore, we are extending the block we have placed on his Facebook and Instagram accounts indefinitely and for at least the next two weeks until the peaceful transition of power is complete,” he wrote. 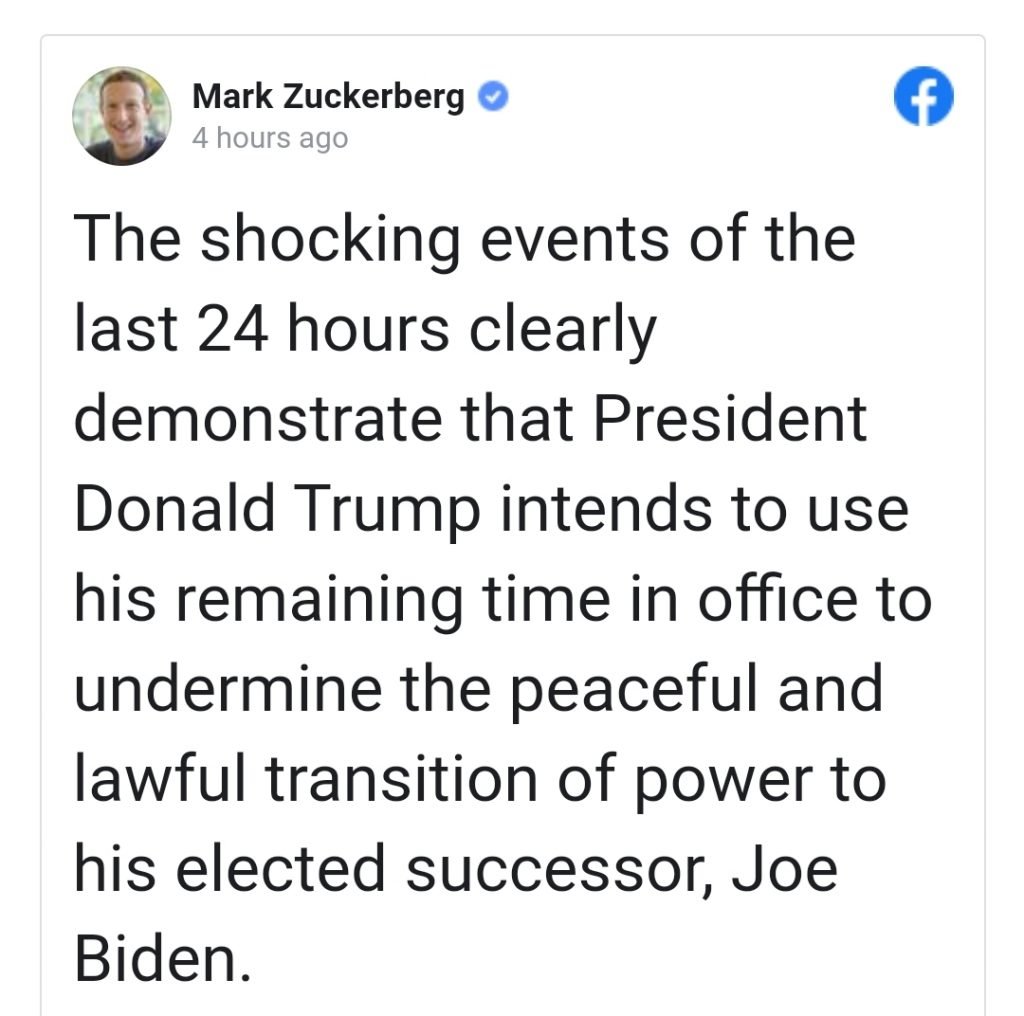 He said it was clear Mr Trump intended to undermine the transfer of power to President-elect Joe Biden.

“Therefore, we are extending the block we have placed on his Facebook and Instagram accounts indefinitely and for at least the next two weeks until the peaceful transition of power is complete,” he wrote.

It said it required the removal of three tweets for “severe violations of our Civic Integrity policy”.

The company said the president’s account would remain locked for good if the tweets were not removed.

It went on to say that “Future violations of the Twitter Rules… will result in permanent suspension of the @realDonaldTrump account”.

The 12-hour timer on Mr Trump’s account has expired, but he has not yet tweeted again.

But his account now states that three of his tweets are “no longer available because [they] violated” its rules.

The platform only uses this specific notice in cases when account holders have deleted the post themselves.

This indicates that Mr Trump or one of his associates has taken the action demanded to get the account restored.

When asked whether it had extended its original 12-hour block, a spokeswoman for Twitter said: “We’re continuing to evaluate the situation in real-time, including examining activity on the ground and statements made off Twitter. We will keep the public informed, including if further escalation in our enforcement approach is necessary.”