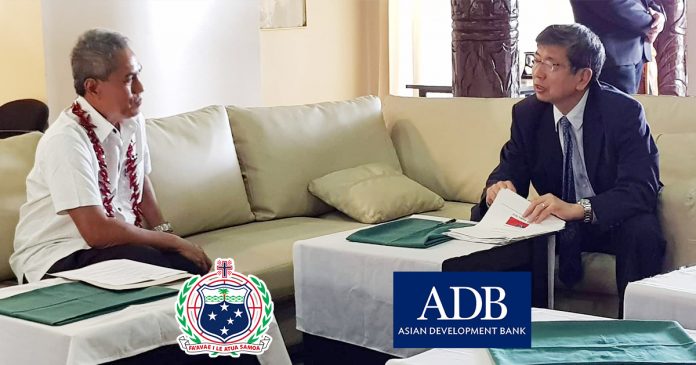 Takehiko Nakao the ninth elected President of the Asian Development Bank (ADB) touched down at Faleolo Airport this afternoon for a 3-day visit of Samoa. 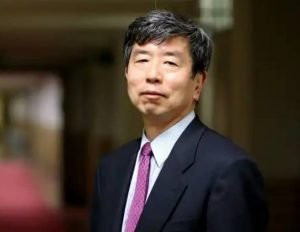 A former Vice Minister of Finance for International Affairs, Mr Nakao has held senior positions in the Ministry of Finance of Japan, with extensive experience in international finance, a subject he has also taught as Visiting Professor at the University of Tokyo.

The ADB President was welcomed at the Faleolo Airport by Samoa’s Minister of Finance Sili Epa Tuioti and Samoa’s CEO of Finance Leasiosiofaasisina Oscar Malielegaoi, who has himself served with the ADB as a Director’s Advisor.

Mr Nakao is expected to attend a welcoming ava ceremony at the Taumeasina Island Resort hosted by the Government.

The official programme includes a courtesy visit to Prime Minister Tuileapa tomorrow where a “Host Country Agreement” between the Government of Samoa and the ADB will be signed.

ADB has been supporting Samoa since 1966 and its cumulative projects as at 31 December 2017 amounts to USD$354 million in loans, grants and technical assistance.

ADB support in Samoa have included the Submarine Cable project, Small Business Development project, Sanitation and Drainage project, Samoa AgriBusiness, Solar Power Development and a number of other projects in the areas of disaster resilience, transport and roading.