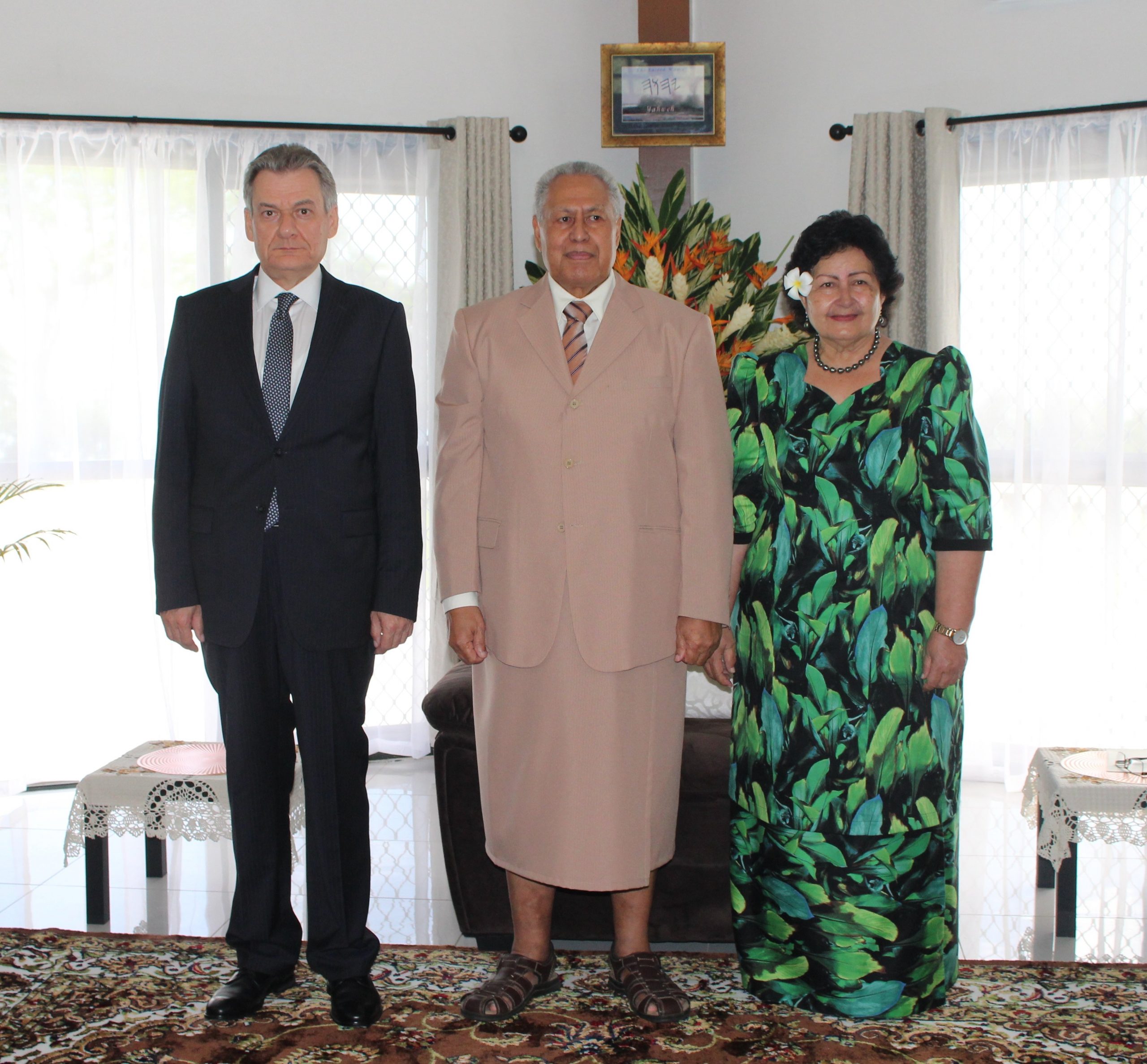 H.E. Mr. Georgii Zuev arrived in Apia, Wednesday, 24th October 2018. H.E. Mr. Zuev is here to present his Letters of Credence to the Head of State, His Highness, Tuimalealiifano Vaaletoa Sualauvi II. The credentials ceremony took place this morning at the Office of the Head of State in Vailele.

Mr. Zuev graduated from the Moscow State Institute of International Relations of the Ministry of Foreign Affairs of the USSR in 1981. Later, he began his diplomatic career serving in Kuwait (1981 – 1986) and in Libya (1988 – 1993). 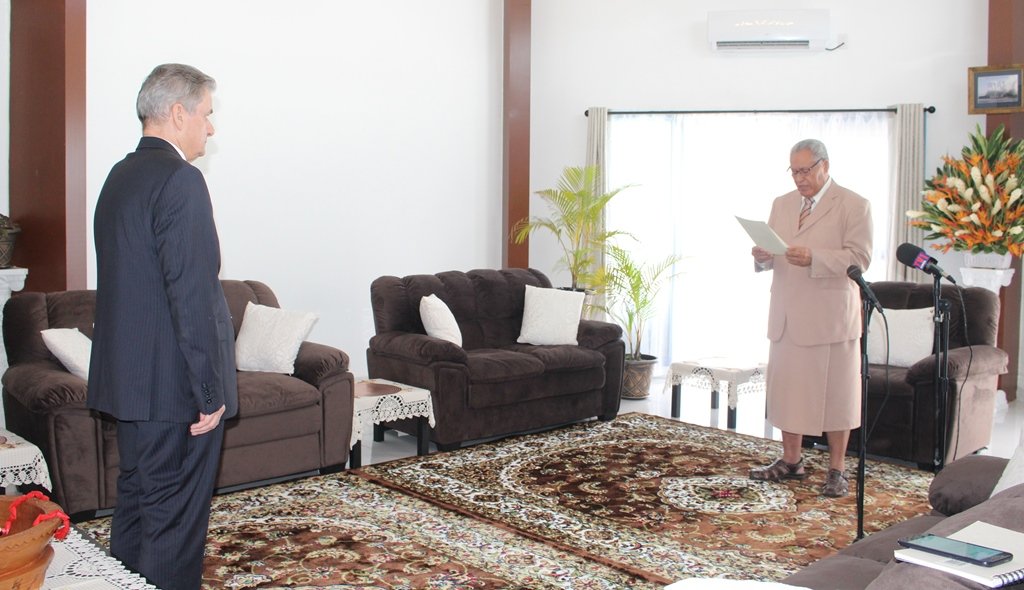 H.E. Geogii Zuev has presented credentials to the Governor General of New Zealand in 29 August 2018.

He will be residing at the Embassy of the Russian Federation in Wellington, New Zealand. The Russian Ambassador will depart Samoa on Saturday.

On the Occasion of the Presentation of Credentials of
H.E. Mr. Georgii Zuev
Ambassador-designate of the Russian Federation
to the Independent State of Samoa

Residence of the Head of State, Vailele
Thursday 25th October 2018

I also extend my sincere thanks for presenting the Letter of Recall for your predecessor and would humbly ask that you convey my best wishes and good health of His Excellency Vladimir Putin.

Samoa and Russia relations is characterized by mutual respect and a shared interest to address the many challenges our global community faces such as the threat to world peace and security, climate change, disaster resilience, terrorism and many others.

As a small island developing state, we are vulnerable to the adverse impacts of climate change and thus appreciate the Russian Federation’s US$7.5 million for the Disaster Resilient Project for Pacific SIDS implemented through UNDP; to improve capacity of disaster relief officials and enhance Samoa’s development and preparedness relief programme.

In strengthening cooperation between Samoa and Russia, we acknowledge the signing of the Agreement between our two Governments on Mutual Abolition of Visa Requirements for Citizens of the Russia Federation and Samoa which has been in effect since June 2017.

I wish you the very best in your tenure as the Ambassador of the Russian Federation to Samoa. I am confident that during your tenure, we can strive for opportunities to further and strengthen relations between our Governments.

I hope that you will enjoy the rest of your visit to Samoa.