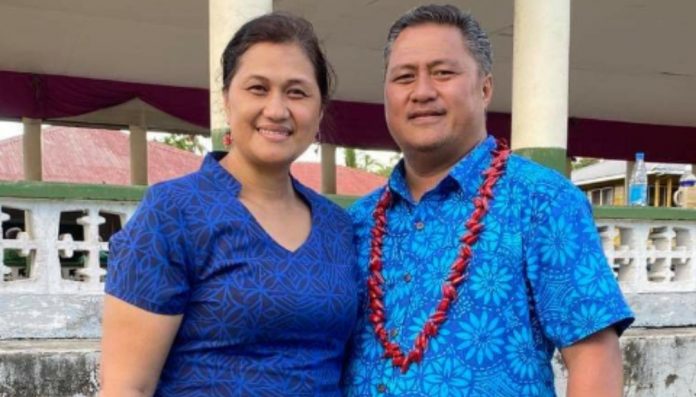 The clarification comes after results were misposted at 8:30am this morning, declaring Tamaleta Taimang Jensen of Tautua Samoa Party as the unofficial winner.

The unofficial results were immediately widely shared by an eager Samoan public, most were up all night awaiting preliminary results after Friday’s polling.

According to Electoral Commissioner Faimalomatumua Mathew Lemisio, there was an issue with the Moataa EFKS booth official not handing over the form, which contains the results.

The official was contacted and has confirmed the booth results which Samoa Global News has also received from scrutineers who had been present during the preliminary count yesterday: 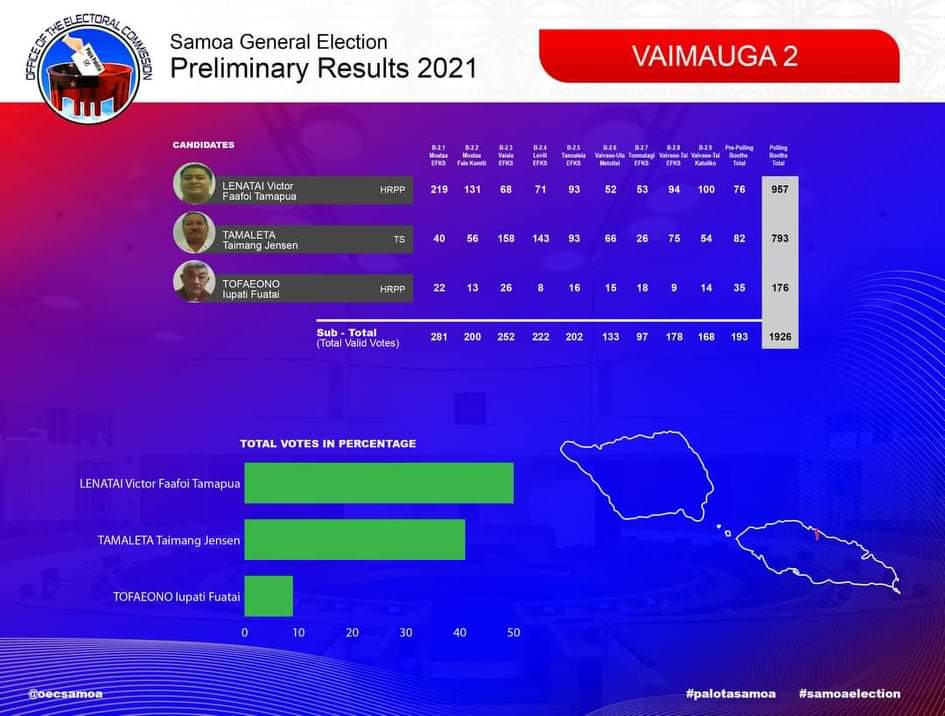 The correction takes preliminary results back to what was originally reported by Samoa Global News last night, that FAST and HRPP are tied at 25 each, with the decider in the hands of Independent – Tuala Tevaga Iosefo Ponifasio.

For the past 4 elections, Samoa’s general election results have typically been landslide victories for HRPP, and Samoa had become a one-party state with HRPP dominating Samoa politics for over 30 years.

Preliminary polling results from this election sent a different message from voters with Faatuatua i Le Atua Samoa ua Tasi Party taking the nation and particularly Savaii, by storm.

Unofficial results saw four Ministers and the Deputy Speaker of HRPP displaced by FAST candidates. Other senior members of HRPP lost their seats such as former Deputy Prime Minister Faumuina Liuga Tiatia, and Gatoloaifaana Amataga Gidlow who has been in Parliament since 2006.