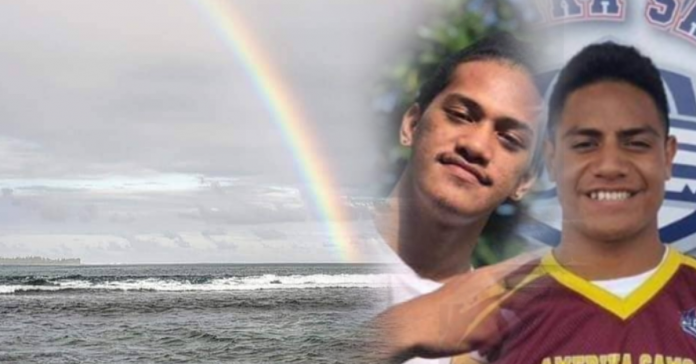 18 August 2019, Tutuila Amerika Samoa. Family and friends of two cousins swept out to sea this afternoon call for prayers as a full American Samoa rescue response team continue the search for the boys into the night.

The young men were attending a church youth group picnic at the Utumea West side beach when they were swept out to sea by strong currents during high tide at about 4pm.

Witnesses told KHJ News that one of the boys had called out for help while swimming so his cousin swam out towards him.

American Samoa’s Marine Patrol vessel, along with the Coast Guard cutter scoured the sea off Utumea and to the west end of the island but there was no sign of the boys by nightfall. 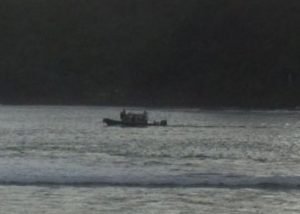 Sea conditions were rough and parts of the road had sand and rocks washed up by the waves.

Tapuasā Jonitta Fruean filmed the rescue team as they combed the area and posted a video at 4pm Sunday afternoon, showing the church group huddled on the beach in prayer, and the rescue boats at sea.

“We could see two kids out there, so far out there but we can’t see them anymore. We’re grateful for the patrol boat here now and we just pray for the safe return of these children,” she says in her video.

Tapuasā later discovered that the two boys were her nephews Alex Peric and Anthony Leota.

“I found out later that the 2 boys swept out to sea were in fact my nephews😔 Pictured are two rainbows painted across the skies directly over where the two boys were swept off. So unreal”, she posts.

Alex Peric has just graduated from Tafuna High school and his cousin Anthony Leota is an 11th grader at Samoana High School.

Alex Peric captained the High School football team and his FB timeline has been filled with messages of love from his team mates still hopeful for his return.

Panapa Filoialii posts, “I know you still out there man, me and the boys are still waiting for you uce,”

Tamiano J Gurr posts, “While we all searched for the two boys swept out to sea, this magnificent double rainbow appeared. Dad kept saying it was a sign from God. Praying for the Leota and Peric families”.

Friends and relatives were at Utumea Beach late into the evening, praying and singing songs of praise and worship.