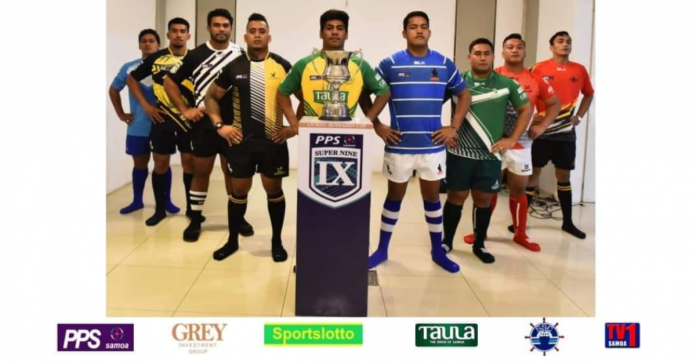 30 March 2019, Apia Samoa. The Samoa Rugby Union launched another season of nation wide rugby that aims to develop talent across all of Samoa with districts being allocated a franchise team to operate.

This is the 3rd year for the national championship that involves 9 teams operating as franchises by sub-unions representing various districts in Samoa. The Vikings and the Warriors are the 2 teams from Savaii, while there are 7 representing Upolu as shown in the map below.

Petroleum Products Supplies (PPS) are this year’s naming rights sponsor and Managing Director  Faanene Etuale Sefo confirmed the company’s support for the national competition as a way to support social and economic development through youth and sports.

The Chairman of the Samoa Rugby Union Tuilaepa Sailele Malielegaoi said that the competition aims to provide a platform for home grown players, giving them an opportunity to develop their skills and knowledge of the game.

“It’s important to create pathways for our local players; as well as coaches, referees and administrators, and the Super 9 lifts everyone up to another level,” said the SRU Chair.

The competition has been designed by the Samoa Rugby Union to ensure that every district in Samoa is represented, giving all players across the country an opportunity to play in the National Competition by representing their own districts.

The SRU has a set of the requirements set out for each sub-union who administrator the Super 9 franchises including the running of competitions within the village for players, and to ensure that their are at least 3 clubs or villages affiliated to each sub-unions.

At the opening of the Falealili Union 2 weeks ago, the SRU Chair warned against players from the rural areas coming to play for urban-based clubs in the more established Apia Union.

“Now stay here and play for your village and district. You can get into the Manu Samoa 15s and 7s teams from here;

“Don’t believe anyone who tells you that you have to be playing in town to be selected. That’s wrong and not true. You can be selected straight from your village team to play for Samoa,” said Tuilaepa.

The PPS Super 9 kicks off this Saturday at various rugby fields across Upolu and Savaii.